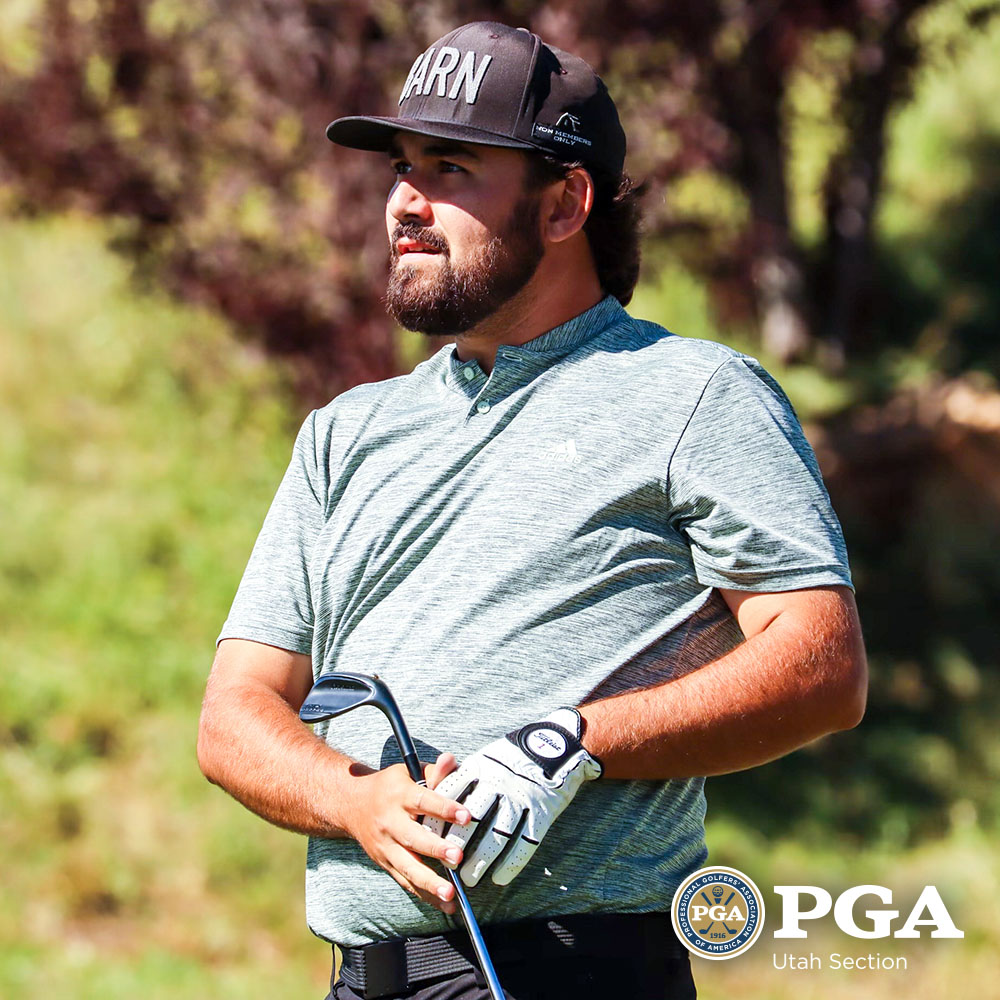 Braydon Swapp shares at least one trait with PGA Tour star Justin Thomas: He’s not afraid of declaring a goal and making himself accountable.

The former Utah State golfer and 2017 State Am runner-up wanted to become the Utah Section PGA’s Rolex Assistant Player of the Year in 2022. That’s exactly what he did, and decisively so. Swapp posted 2,938.5 points in the season’s competition to 1,701.5 for runner-up Haley Sturgeon.

Swapp’s victory in the Section’s Assistant Championship sent him to the Assistant PGA Professional Championship in Florida in November, where he tied for 37th place in a big field. That was another step in the career arc of the assistant pro at The Barn GC, near his hometown of Ogden, and his Section award is more proof of progress.

“It’s starting to come together, and that’s nice,” Swapp said. “The cool thing for me is just setting a goal and accomplishing it. … If I say that and don’t follow up on it, then that’s on me.”

Swapp earned big points in the Assistant Player of the Year race by finishing first in the Palisade Open, tying for second in the Gladstan Open and placing third in the North Salt Lake Open. In the Section’s Assistant Championship, he shot 70-72 at the Talisker Club at Tuhaye and outlasted Clint Godfrey in a playoff.