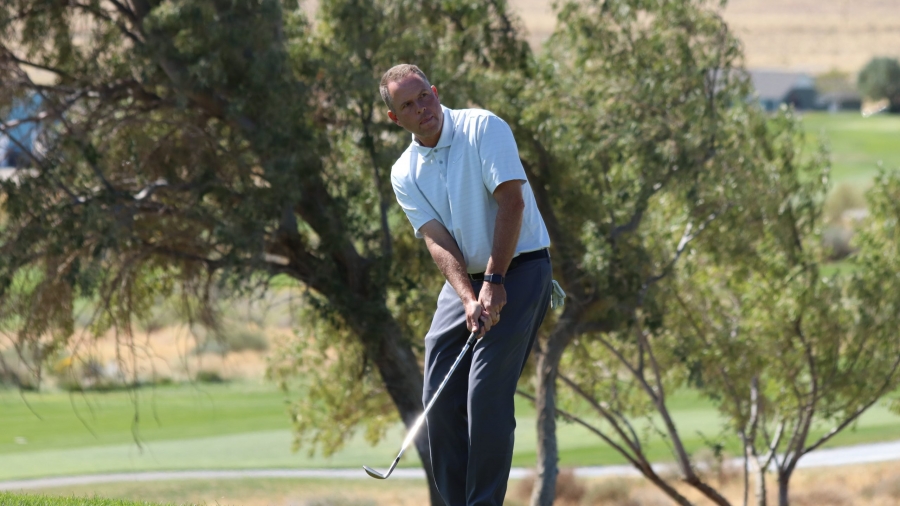 The Oaks Golf Course Head Professional Ryan Rhees proved that winning the 2018 Utah Section Omega Senior Player of the Year was no mistake by winning the title again in 2019.

“It feels good,” Rhees said about winning the season-long race in consecutive years. “We have a lot of good senior players in the Section and to be able to play good enough to come out first is great. It’s fun, everybody gets along great in our Section. It’s just fun playing with the guys.

“It’s not life or death out there but we go out and play hard and try to do the best we can and have fun with it.”

Highlighting the list of his 2019 accomplishments was his victory in the Senior Section Championship played at Alpine Country Club with rounds of 66-72 – 138. The win also qualified him to compete in the 2019 Senior PGA Professional Championship in Texas early October.

“For sure the Senior Section Championship, that was a big one,” Rhees said about which of his four wins meant the most.

Anyone working in the golf industry knows the difficulty of finding time to play and practice, for Rhees, it’s a work in progress.

“It’s hard, you have to get used to playing your best when you know you haven’t put in as much time as you should have. You’ve got to try and talk yourself in to the fact that you can go out and play good.

Not only did he secure four wins in his 17-events played, but he finished runner-up four times and only finished outside of the top five on two occasions.

“It’s fun playing with the guys in the section. It’s one thing I look forward to. It keeps me motivated at work, knowing I’ve got a tournament to go play in on the weekend that I can go hangout and play golf with the guys I like to be with and play against. It’s a fun Section to be in because everyone gets along so well and there are a lot of great players so it’s good to get out and test your game.”

What book are you currently reading?

Shoe Dog, the Phil Night biography. That one was really good, just finished that one and another book called Can’t Hurt Me, it’s a Navy SEAL book, I really enjoy those.

I like to read, that’s one of my hobbies, something I like to do when I’m not working.

Who are you currently listening to?

I listen to Dave Ramsey’s podcast a lot. 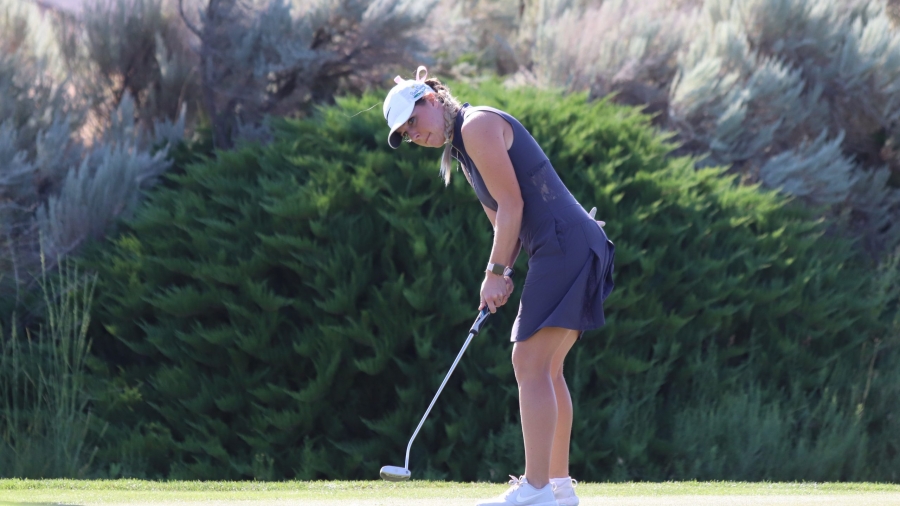 If you’ve watched The Country Club’s Assistant Professional Haley Dunn-Sturgeon play golf, the last word you would use to describe her game is ‘rookie.’ However, in her rookie season as a PGA associate member of the Utah Section PGA, there was no stopping her in claiming the Omega Women’s Player of the Year.

“Words cannot describe how amazing it feels,” she said. “I love competitive golf and to win Player of the Year, it truly is an honor. I have been working hard on my game and recovering from injuries so it is nice to get back on top.”

She took the Section by storm by playing in four events that provide points in the season-long race, and won two of them. She won the Women’s Low Pro in the Valley View Open and cruised to the top of the Utah Section PGA Women’s Match Play Championship at Riverside Country Club.

Sturgeon finished runner-up in the Brigham City Open Women’s Division and finished 10th at the Siegfried & Jensen Utah Women’s Open, her lowest finish of the season.

Finishing runner-up in the points race was TopGolf’s Carly Dehlin-Hirsch, followed by Promontory Club’s Sadie Palmer in third and Glenmoor’s Sam Crawford in fourth. This top-four have all recently started the PGA Professional Golf Management Program (PGM) and are new associate members of the Section.

After the points were totaled for the year, Sturgeon added one more win on her season, just for good measure, at the Utah PGA Pro-Assistant Championship in November when she teamed up with The Country Club’s Wayne Fisher.

In fact, it was at the Pro-Assistant Championship that added the extra icing on top for Sturgeon’s year when she shot a personal-low 63 on her own ball in the first round at Bloomington Country Club.

“The highlight of the season is probably when I shot 63 on my own ball,” she explained. “I made sure I putted out every shot so it was a true score. It was also my first bogey-free round. I felt unstoppable that day.”

Though her Utah Section play brought a season’s-worth of results, she also fit in a Q School prep event for The Cactus Tour, where  her best and worst shots of the year came on the same hole.

“I believe it was on hole 16 on the Dinah Shore Course at Mission Hills. It’s a dogleg right with a wide fairway and a palm tree on the right side. Before teeing off I was talking with my dad to create our game plan. Basically, it was to hit one down the middle and stay away from the palm tree that blocks the second shot. What did I do… sprayed my drive right and put it perfectly behind the palm tree.”

Luckily her best shot followed from 158 yards to the pin.

“I visualized a low hook that would bounce in front of the green and roll up by the pin. I asked my dad for the five iron and hit the shot exactly how I envisioned. It was icing on the cake when it stopped 15ft from the hole. I then rolled in the putt for my most amazing birdie.”

Sturgeon started the PGA PGM program this year and is currently teaching at The Country Club. She will be traveling back to Arizona for the Cactus Tour during the off season.

Sturgeon looks forward to the opportunity to continue to play and compete in Section events in 2020 as the amount of women members continues to grow each year.

Do you have any superstitions when it comes to golf or playing in tournaments?

I wish the answer was no, but I do. I try to only play with a number four golf ball. When I’m on the practice green making three-foot putts, if one ball misses multiple times, I feel that is the “bogey” ball and I put it back in my bag… I’m slowly getting over this one.

The last movie I watched was Linsey Vonn: The Final Chapter.

What book is currently on your nightstand?

I’m not a huge book reader, but I love audio books. This is usually what is playing while I’m practicing. Right now, I’m listening to Harry Potter and the Half Blood Prince.

I would choose Tiger Woods, Paula Creamer and Justin Timberlake. 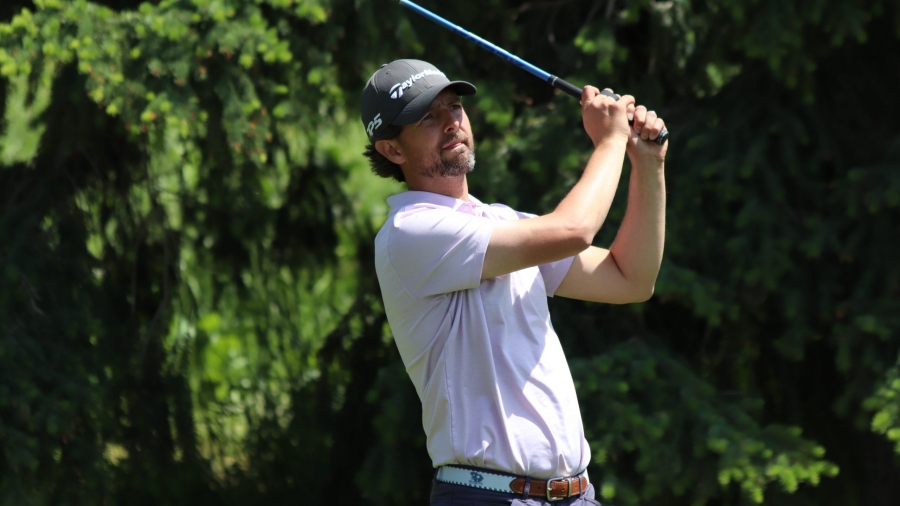 Golf is a game of no guarantees, and the unexpected typically runs the show. However, when Davis Park Assistant Professional Zach Johnson tees it up, it’s expected that he’ll be in contention.

After being in the mix to capture the Utah PGA Omega Player of the Year award for years, Johnson finally came out on top in 2018 and has done it again in 2019.

“To win Player of the Year for the second year in-a-row is very special,” Johnson said. “Each year it’s a goal at the top of my list that I set out to achieve. We have so many great players in our Section, you have to stay on top of your game and be competitive throughout the whole year in order to keep yourself in contention for this award.”

“Of victories this year I would definitely say the Match Play Championship was the sweetest,” he said. “I have had a few opportunities to win that event and never was able to get it done. To win this year by chipping in for eagle on the first extra hole of the final match was pretty awesome.”

Though the Section Match Play Championship brought a lot of excitement and a career-first, it wasn’t on the top of his personal highlight list this season.

“Looking back on the year, the highlight for me was getting back in contention to qualify for the PGA Championship again. In the final round at the PGA Professional Championship I shot two-under to get into a playoff. Although I fell short and was disappointed I didn’t advance through the playoff, I proved a lot to myself in that round and event. I was able to create some belief and momentum with my game which really kick-started my year.”

“As a working pro with a family sometimes it gets hard to juggle family, work and playing. Usually the first thing to be compromised is playing so to be able to qualify and represent the Utah Section at national events is always a privilege and something to look forward to each year.”

No matter how many national events Johnson has competed in, the nerves are still there.

“I have to admit, I’m nervous during all competitive rounds to some extent,” he explained. I like that feeling. To me, it shows that I still care and want to compete. To overcome tournament nerves, and don’t get me wrong, sometimes it’s easier than others, you have to believe in yourself and draw from previous experience.”

Though golf is never a game of guarantees, it’s fair to say that when the Davis Park assistant pro is in the field, it’s a safe bet to find him in the mix or at the top of the leaderboard.

My foursome would be Tiger, Annika Sorenstam and Michael Jordan.  I’m not much of a movie guy so I went with another greatest of all time athlete in Jordan.

When you find time, do you prefer to play or practice?

To be completely honest, I don’t spend a lot of time working on my game. When I do have time to play or practice I prefer getting out and playing and competing over spending time on the range or practice greens. That’s what works best for me when it comes to preparing for events.  This winter though I have set a goal for myself to work on getting in better physical shape and gaining some club head speed!