As a junior on the Wildcat’s women’s golf team she has played the resort course near Eden, Utah many times. On Sept. 21 she shot a career low at the course she now calls home, a 1-over 73. Unfortunately, it was just the opening round of the inaugural Wolf Creek Invitational.

“I just tried to give it my all for each shot,” said Bentley. “I wanted to put a good stroke on every putt and just trust my game. I didn’t know how I would feel, this season has been so different. It was great to compete again, I really missed it.”

Beck took a two-stroke lead into the final round but admitted to getting caught up in looking ahead and worrying about results. A final round 80 left her in second place.

“I had too many mental mistakes and let my nerves get the best of me today. I was too worried about the results instead of the shot at hand,” Beck said.

The Wisconsin native said, “It was so much fun to be able to play Wolf Creek in a different setting. I love the course and the challenges that it presents.”

Wolf Creek Resort Head PGA Professional Bruce Summerhays, Jr. and staff with support from the Utah Section PGA put the individual stroke play invitational together providing competition for collegiate golfers whose season was cancelled or postponed earlier this year due to global pandemic concerns. There was no team competition during this event. Full results of the Wolf Creek Invitational are AVAILABLE HERE. 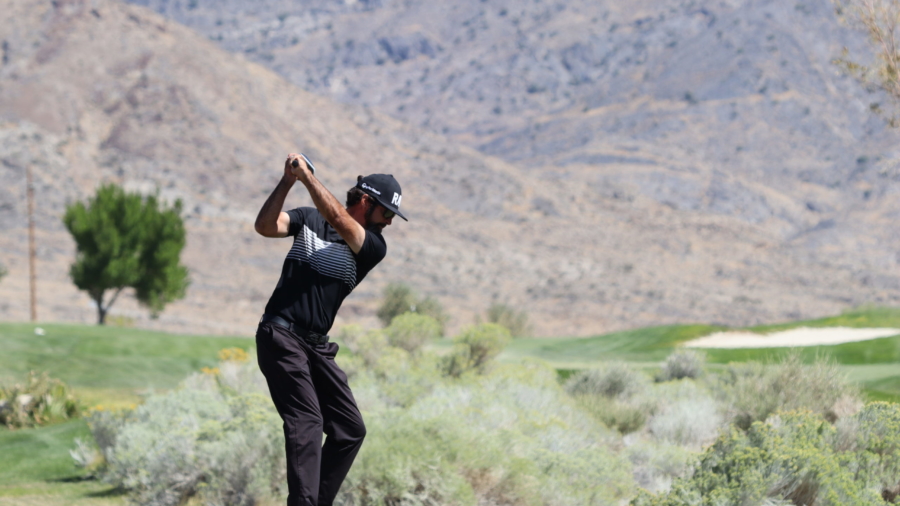 Joe Summerhays said it was all about patience.

The two previous years he had battled Zach Johnson on the final day of the Utah Section PGA Championship only to come up empty and finish second.

At this year’s September tourney, he went into the final day, trailing the two-time champion by a couple of shots and he was still trailing with four holes left, while playing what he called “some of the worst golf all year.”

But the 49-year-old northern Utah teaching pro didn’t get rattled.

“I was patient and stayed in there,” he said.

Summerhays made birdies at holes 6 and 7 (the 15th and 16th of the day), while Johnson bogeyed both holes to turn a two-stroke deficit into a two-shot lead, which he held onto for his first-ever Utah Section PGA Professional Championship victory. Summerhays finished at 141, while Johnson tied for second with Chris Moody and Pete Stone at 143.

“When you’re playing well, you can be more patient because you know you’re going to start hitting some good shots again,” he said. “I’ve done that this year where I’ve started off bad, but I’ve been patient and been able to bring it back. My patience was my key to the win.”

As happy as he was with the victory, Summerhays was more thrilled for his younger brother, Bruce, who finished in a tie for sixth, qualifying for next spring’s National PGA Professional Championship.

Bruce hasn’t had the success of others in the Summerhays family, but Joe knows what a good player he is and that he doesn’t get the attention he deserves. Joe played with his brother in the final round and became emotional on the final hole when he realized he would qualify for the national club pro event for the first time.

“I wasn’t feeling anything for me, I was just so proud of him,” Joe said. “I’m way more excited for him, he deserves it. We come from a family of really good golfers, but he doesn’t get the credit. He can really play and it was fun to see it. He played really well.” Besides the two Summerhays brothers, Johnson, Stone and Moody, Aaron Purviance and Matt Baird, also qualified for next spring’s PGA Professional Championship.

Below paragraphs added by Jesse Dodson.

Bloomington Country Club Director of Golf Scott Brandt took both the Senior and Super Senior divisions with a final total of 140, seven shots clear of the runner up finishers.