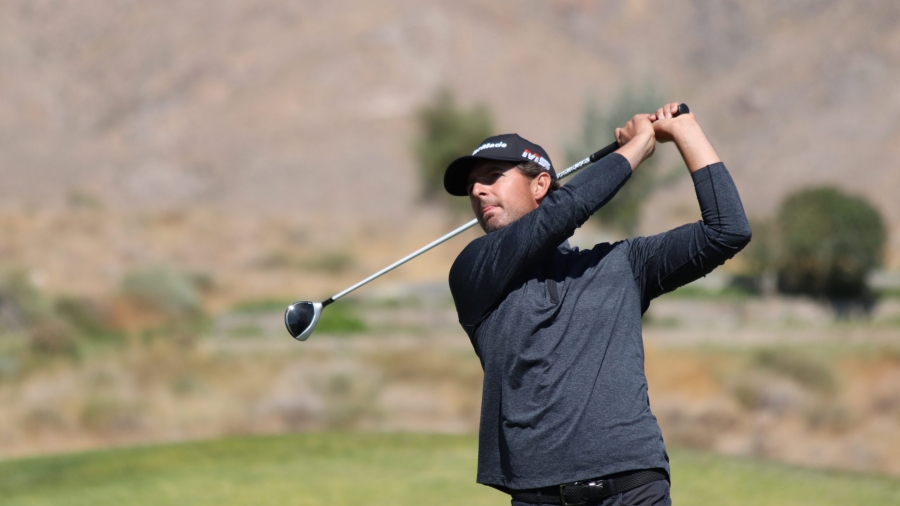 “It was a lot closer than the final results show, for sure,” Johnson said.

After starting on hole 10, making the turn to the par-four first hole, Johnson and Summerhays were only two-strokes apart when Summerhays proceeded to birdie holes one and three, while Johnson bogeyed two and eagled the par-five third hole.

“The turning point for me was probably I missed a short one on two and made bogey and on three, which that hole tends to get the best of me, I hit an 8 iron there to about 20 feet, hole high and made it for eagle to get it back to even par. Then I made a good par on five and finally started hitting some good shots coming down the stretch.”

Johnson birdied three of the last four holes to separate himself from the field, earning back-to-back Section Championships and punching his ticket to the PGA Professional Championship at Omni Barton Creek Resort & Spa in Austin, Texas. Johnson will have another opportunity to compete in a major with a chance to qualifying for the 2020 PGA Championship April 26-29.

“The second time is a lot harder, that’s for sure,” Johnson said. “The first time, Joe and I were kind of battling it out and we both kind of had control of our game. Today was the complete opposite, just trying to avoid a train wreck and get in the clubhouse. It was a challenge.”

Not only did he win two Section Championships in as many years, this win also solidified earning his second-consecutive Omega Utah section Player of the Year.

“Again, to do it back-to-back, you don’t think about it the first time it just kind of happens and then this time it’s in the back of your head and you’re kind of aware of what’s going on. And to my own fault it just puts more pressure on you and makes things tougher than usual.

“To do it back-to-back and to win two Section Championships, I’m pretty happy about it.”

Even though regulation play was through, there were still two qualifying spots to fill for the PGA Professional Championship. Summerhays, Tracy Zobell, Tommy Sharp and Matt Baird secured their spots finishing in the top five, but Todd Tanner, Ryan Rhees, Tele Whightman, Chris Moody, Shawn Edwards and Jimmy Blair proceeded to play off for the remaining spots.

Rhees grabbed a spot with a birdie on the second playoff hole while Tanner secured his on the 7th playoff hole, essentially making birdie on the final four playoff holes. Moody and Wightman were matching birdies on each hole until the very end when Tanner hit his approach to three feet on the 18th hole.

The Utah Section PGA will be well represented in the 2020 PGA Professional Championship.

In the Senior and Super Senior Divisions, Henry White started the final round three-strokes behind first-round leader Scott Brandt. However, with a steady (-2) 70, he came from behind to claim both trophies by one stroke.

We owe a big thank you to Matt Nadeau, Thomas Frank and Mel Duke of Toana Vista for playing host every year and providing a championship-worthy venue for the Section to enjoy. Another thank you to our local sponsors Rainbow, Peppermill, Montego Bay Hotels and Casinos. 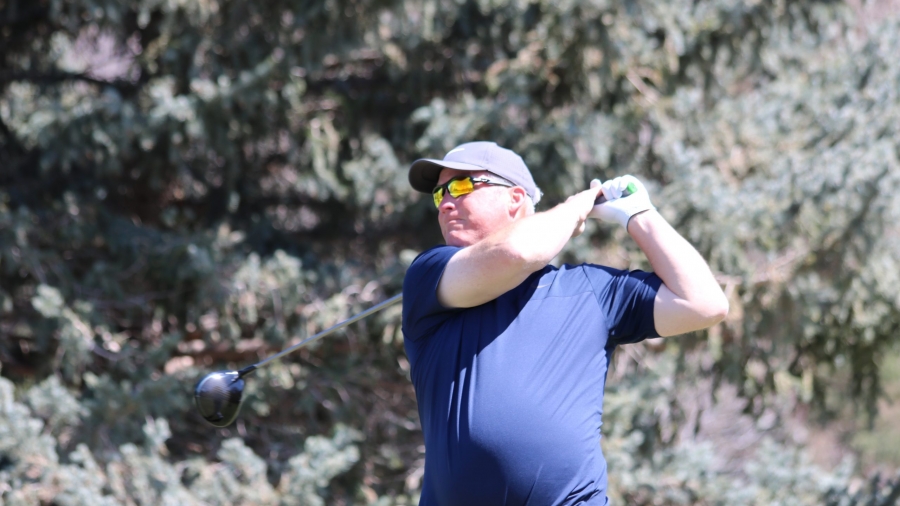 District 9 which includes Utah, Colorado and the Rocky Mountain Sections is 1 of 14 Districts represented on a national level with The Professional Golfers Association of America.  District Directors are selected from past presidents that have served their sections in the past as an officer.

The Utah Section was extremely fortunate to have 4 strong candidates that offered to serve the Utah Section in this position. Jared Barnes, Colby Cowan, Chris Stover and Ryan Kartchner all stepped up and offered to once again serve the Utah PGA and the members. After going through the selection process with the Board of Directors Jared Barnes was selected as the next District 9 Director. All 4 candidates were extremely qualified and we thank them for their continued service to the Utah Section membership.

Jared served on a couple different national committees when he was Utah Section President and has a great reputation on a national level. We are excited to have Jared as our representative and will look forward to him making a difference for the members of the Utah PGA and District 9. Jared made this comment about his selection “I’m equal parts excited and humbled for this opportunity. I look forward to getting back to serving our section, district and our association.”

Good luck to Jared in this position and thank you for your willingness to serve the PGA. 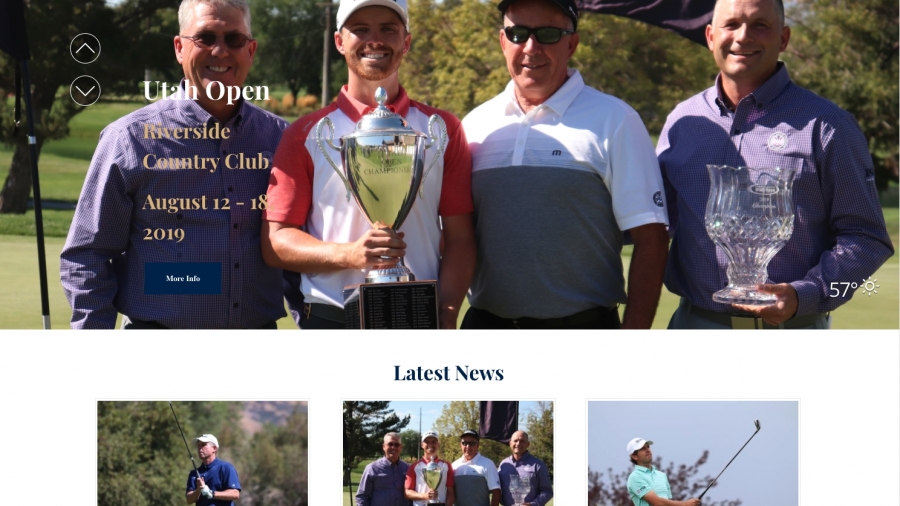 The Utah Section PGA constantly strives to provide a better experience for PGA Professionals and the golfing community of Utah. Whether that’s through professional events offered around the state, accessible junior golf programs, bettering the communities in which we live, and now, a new UtahPGA.com.

“The Utah PGA is excited to launch a new website this week,” Executive Director Devin Dehlin said. “The new look and features should make this a popular spot for PGA Professionals to find out what’s happening in Utah golf. We will also have new options for individual golf courses to promote local programs at your course. Make sure to go online and take a look!”

The new and improved website contains everything Section members and golfers are used to, plus a little extra, starting with a new look and design. With a simple, straight forward layout, it’ll be easier to find what you’re looking for and a little easier to look at, too.

A new feature on the homepage, thanks to partnering with Gigg, is our social media board. Anyone that uses #UtahPGA in a post on Facebook, Instagram or Twitter, has the opportunity to be featured on the homepage of UtahPGA.com.  This is a fun way for our website visitors to see how the PGA is impacting golfers throughout the state.

It is the mission of the Utah Section PGA to be a leader in promoting the enjoyment of and involvement in the game of golf. The Utah Section PGA seeks to be a strong and prominent organization within the golf community by providing quality programs and services to both PGA Members and others. The new UtahPGA.com will be a great aid in helping the Section accomplish this mission.

To Section members, thank you for all you do for golf in Utah and for the Utah Section PGA. We hope you enjoy the new UtahPGA.com. 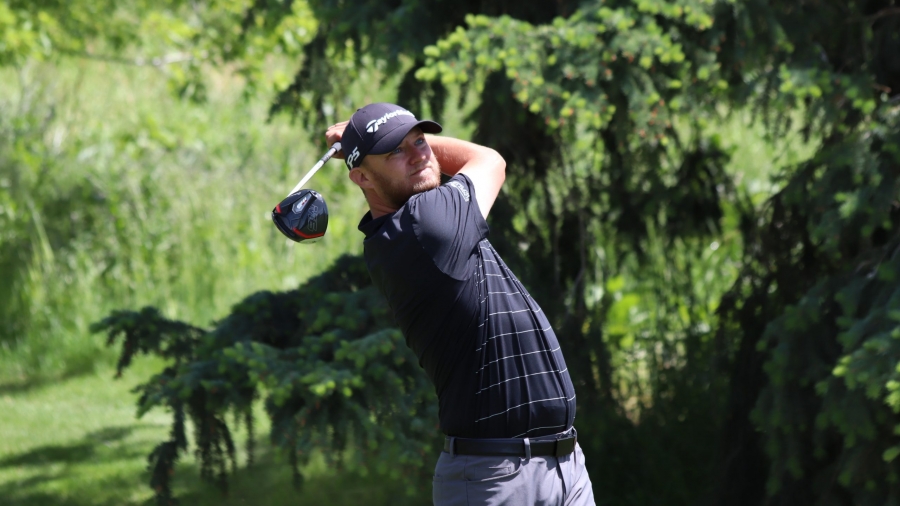 Last year’s victory at Davis Park required extra holes with Joe Summerhays, but with a 61 and tying the course record, extra holes were not necessary as he topped Davis Park Assistant Professional Zach Johnson by two strokes to claim his second Davis Park Open victory in as many years.

“I played well on that course growing up so it’s been fun to go back and play as I’m older,” Fowles said of winning two in-a-row.

“It’s just a great bunch of guys up there. I just have good memories and good vibes there.”

With nine birdies, an eagle and a bogey, Fowles certainly had “one of those days the stars aligned and everything went well.”

With the 2019 Utah Section Championship just two weeks away, Fowles currently sits in 7th in the Omega Player of the Year race. He may be a few spots out of the season-long race but needs to be considered as a front-runner going into the Section Championship at Toana Vista in Wendover September 17-18.

Brandt won the Gladstan Open Senior Division in May and hasn’t finished outside the top 5 since the Tony Basso Group Black Diamond Open in July, where he finished 6th.