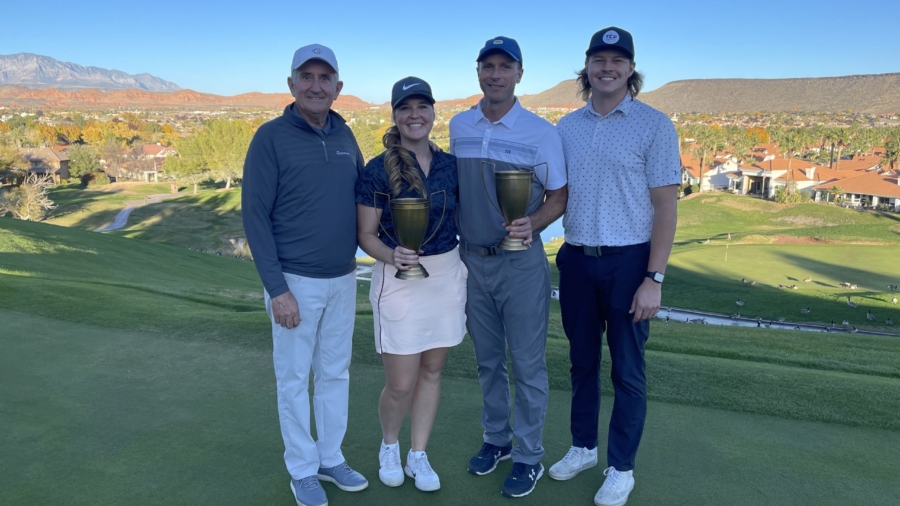 The Utah PGA Pro-Assistants Championship, presented by TaylorMade, played at Sand Hollow and Sunbrook golf courses November 15-16, concluded the 2021 season for Utah PGA Professionals. Teams from The Country Club, Eagle Mountain and Hobble Creek all took advantage of the last event of the year.

The Country Club’s Wayne Fisher & Haley Sturgeon and Eagle Mountain’s Chris Marx & Triston Hartfiel finished tied at the top with a 13-under Best-Ball performance, finishing the two-day championship as co-champions.

Fisher & Sturgeon are familiar with the event, winning the 2019 showing. They started out strong with a (-9) 63 at Sand Hollow and followed with a (-4) 68 at Sunbrook.

“Wayne is steady-Eddie,” Sturgeon said. “He’s always down the middle and on the green so it frees my swing up where I can go for things we normally wouldn’t.”

“It is always a treat teaming up with Haley,” Fisher added. “she’s a player, which is fun. I can play my game and let her loose. For me to be able to sit back and ride her coat tails, we’ve been a great team over the years.”

Marx and Hartfiel started with a (-4) 68 at Sand Hollow and made their comeback at Sunbrook with a (-9) 63 – providing a win in Hartfiel’s first event in the Section.

“Well I hurt Chris’s back yesterday because he had to carry me so much that I had to make a couple of birdies today,” Hartfiel said.

“Neither one of us played amazingly deep,” Marx added, “we just ham-and-egged it. We both went on the putting matt last night and all of a sudden it happened today.”

A big thank you to Chris Nugent and the TaylorMade staff for sponsoring the event and to Adam Jasperson and his Sand Hollow Staff and Reed McArthur and his Sunbrook staff for hosting the championship. 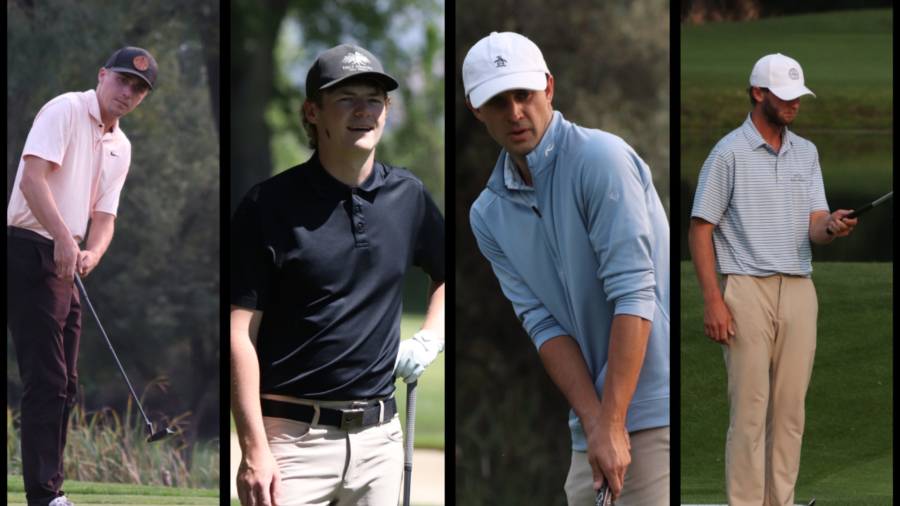 Purviance, who finished runner-up in August, was exempt into the championship through his top-three finish in the 2020 Assistant PGA Professional Championship.

The Utah Section is well represented this week in Florida – best of luck! 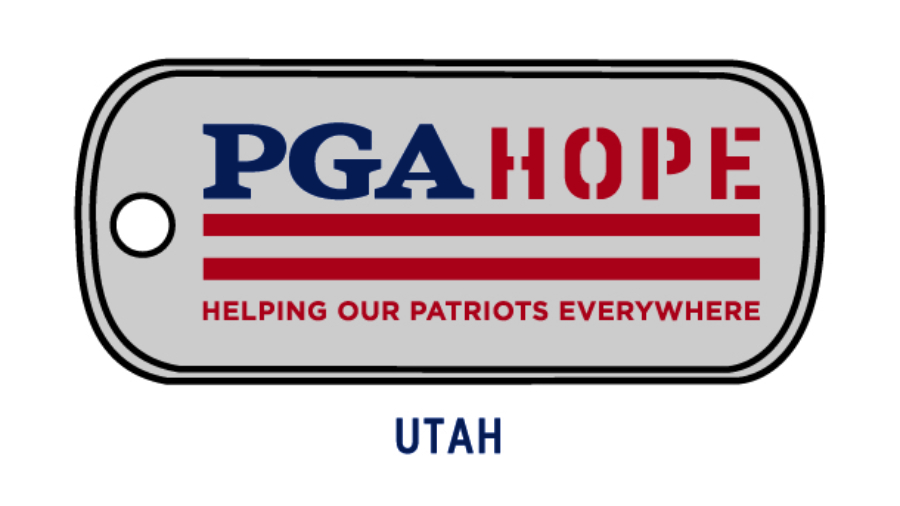 In conjunction with the day, some of our golf facilities will be offering the following to veterans as a small token of saying thank you for your service:

Eagle Mountain Golf Course, Brigham City
Veterans play for free at Eagle Mountain that day. (just need to pay for cart). Please call or visit our website to make a tee time. Please mention you are a veteran when making your tee time. Valid November 11.

Top Golf
From 5:00 pm to 8:00 pm Kevin Connole will be giving free 15 minute golf lessons to veterans. Visit his bay at Topgolf (bay 217) and he would be happy to check out your swing.  Valid November 11.

Logan River Golf Course
Free golf for all Veterans. 9 or 18 holes. Cart included. Show us your military ID and play for free. Thank you for your service. Valid November 11th and 12th. 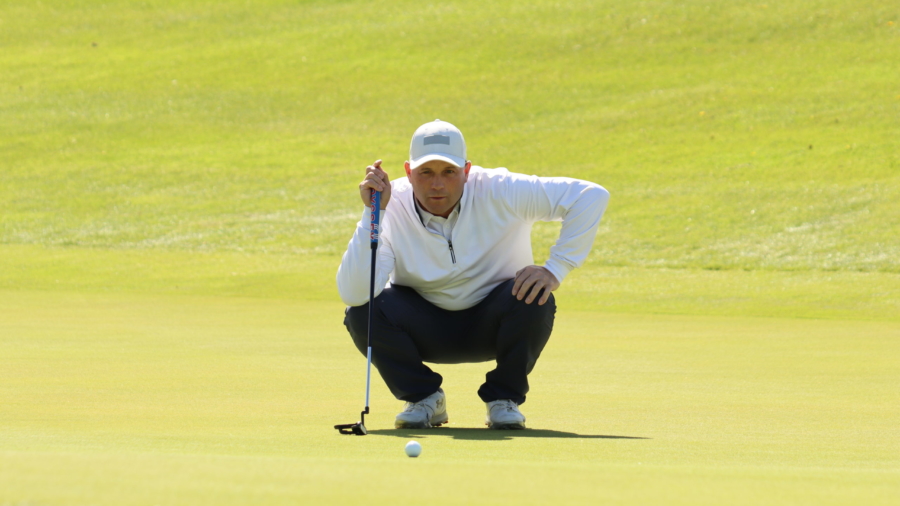 The Utah Section PGA annually honors and recognizes individuals dedicated to golf in Utah for going above and beyond to benefit the game. We are excited to announce this year’s winners and want to thank each recipient for their dedication to the Utah golf community.

The mission of the Utah PGA is to grow the game, these individuals along with all those nominated, help make this possible. We thank you all for representing the Utah PGA in such a positive way.

Professional of the Year
Dustin Volk

Teacher of the Year
Emily Jones

Thank you to the Utah Section PGA Awards Committee and members for helping to celebrate and recognize our PGA Professionals for their extraordinary effort to bettering golf in Utah. 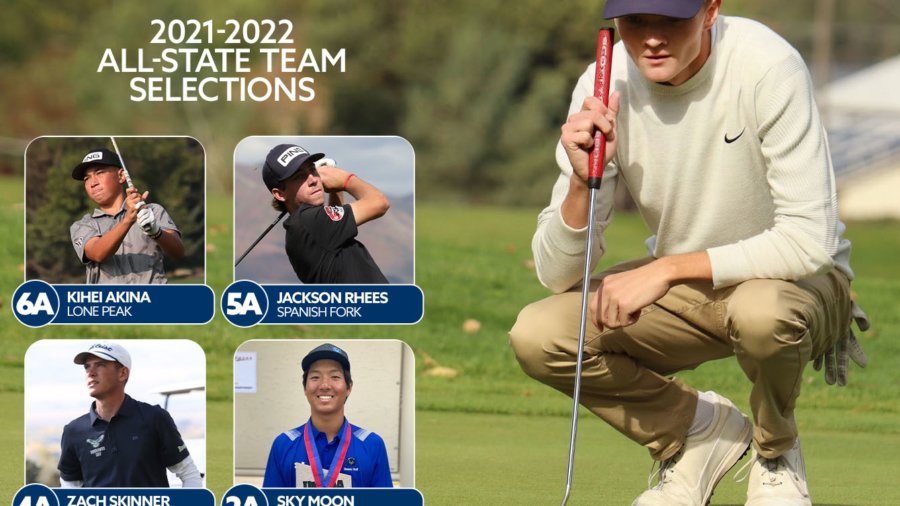 The 2021-2022 Fall High School All-State Teams have been selected. Congratulations to those who earned a spot on the First-Team, Second-Team or Honorable Mention teams!

The quality of high school golfers these days is phenomenal and the difference between making an All-State team or not often comes down to one stroke or less throughout the season. The Utah Section PGA extends the honor of First Team All-State to the top-10 golfers in each classification, the next 10 are selected to the Second Team, and the next 10 are selected to Honorable Mention.

The Utah Section of the PGA of America has been actively supporting high school golf for over 25 years. Twenty-two years ago the Utah High School All-State Golf Program was developed. The All-State Golf selection process is unique among all-state honors programs in that it is all by the numbers. Thirty-five percent of a players best region scores and 65 percent of their state championship scores are used to rank each player. No arbitrary or influenced decisions, it’s all by the numbers. The players skills and scores earn the recognition.

This is just one of many community-based programs the Utah PGA operates each year to benefit our Utah Golf Community. Congratulations to all of these players on a fantastic year in golf. 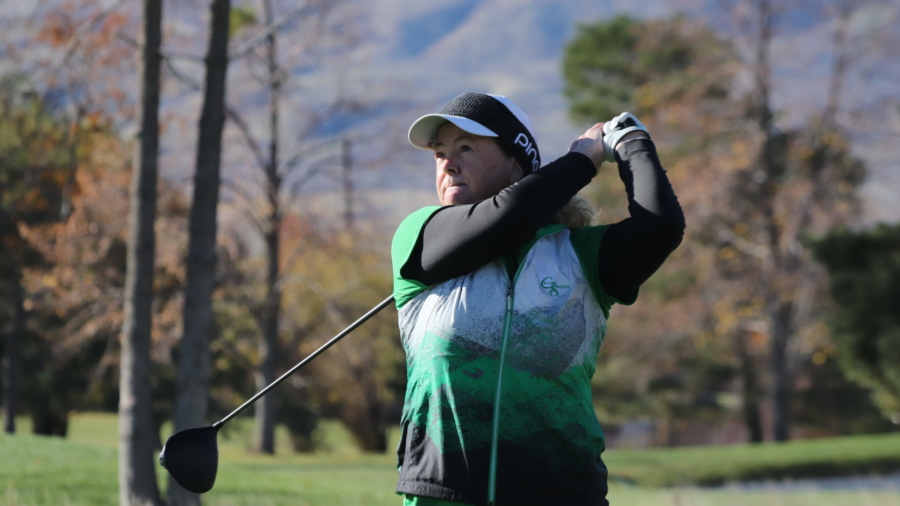 Nyhus started the day with a semifinal match against Glenmoor Assistant Pro Sirene Blair. By the end of the day, her two matches had a lot in common.

Being 2-down through 8 holes in her match with Blair, Nyhus started her comeback. It wasn’t until winning holes 14 and 15 that she found her first lead of the match. A lead she would hang onto to, winning on the 18th hole and advancing to the championship.

In the final match, Nyhus found herself 3-down through 7, after Sturgeon birdied holes 5, 6 and 7. But with Sturgeon finding trouble off the tee, Nyhus started climbing back with wins on 8 and 9 – and once again winning holes 14 and 15 to gain a 1-up lead. A lead she held onto until the finish.

“I didn’t make any birdies,” Nyhus said about the final match, “but I made a lot of pars.”

After a 9-hole seeding round, Nyhus claimed the 6th seed and went on to defeat Utah PGA Jr. Golf Lead Intern Cassie Campos, Blair and then Sturgeon.

The win comes days after her induction into the Utah Golf Hall of Fame, adding another win to her storied career.

“After having to review all that stuff for my Hall of Fame speech and think about that 1999 Public Links, losing one-down on the last hole, that came up in my head several times today. I kept saying, ‘you’ve grown, you’re smarter, you’re more mature, you can stay in the moment, hit the shot that’s required. You don’t have to do anything more than do what you do.’”

Those thoughts worked in the end, as she went home with a new trophy.

Thank you to Neil Maurer, Brock Padilla, Kent Easton and their Alpine Country Club staff for hosting our championship this year.