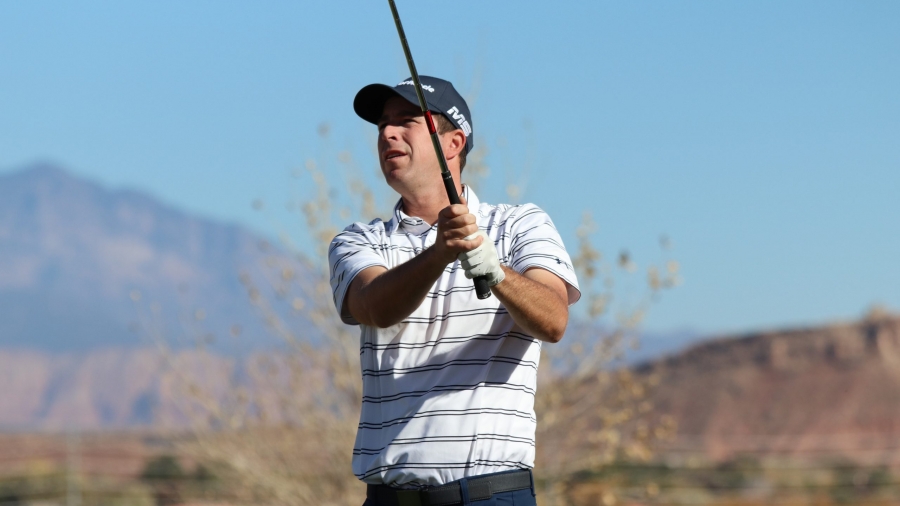 As the year winds down, local tournament playing opportunities become far and in-between, which is why the 2019 Southern Utah Open, hosted by SunRiver Golf Club and Head Professional Larry Ricketts, saw a large amount of Utah Section professionals taking advantage of the opportunity to play and make it a long weekend before the Pro-Assistant Championship began the following day.

Golf Lab Teaching Professional Tommy Sharp won the Professional Division and the first-place check with a (-4) 70-68, outlasting Joe Summerhays and defending champion Justin Keiley by one stroke.  Sharp birdied his last-three holes to make it happen.

Sharp shot a (-1) 70 in the first round and was trailing Summerhays and Keiley by one stroke. A one-stroke lead isn’t much going into the final round, but a slow start in the final round wasn’t helping.

“Overall, I really hit the ball well and actually was getting very frustrated in the middle of my round that I couldn’t make any putts,” Sharp explained.

“With eight holes to play, I set a goal of playing my final-eight holes in four-under to have any chance of winning and luckily I did it… I birdied my final-three holes and got some help from them (Summerhays and Keiley).

“It felt great to win the pro side of the Southern Utah Open as it was my first victory in the calendar year, even though the points go for next season,” Sharp continued.  “On a funny note, my six-year-old son had been giving me a hard time recently by saying ‘Dad, you haven’t won a tournament in so long’ with extra emphasis on ‘so long.’ After the round, I called him first to tell him and he was quite excited.”

This may be Sharp’s first win in the 2019 season, but with consistent, steady play in his 14-events played, including a second-place finish in the Section Sidebar of the 2019 Siegfried & Jensen Utah Open, Sharp will finish fourth in the Omega Player of the Year race.

Bloomington Country Club’s Scott Brandt held a one-stroke lead in the Pro Senior Division over The Oaks Head Pro Ryan Rhees after the first round with a (-2) 69. Brandt would go on to a five-stroke win with a second-round 69, with birdies on his final-two holes for good measure.

Quintin Sasser claimed the Super Senior Division after trailing first-round leader Henry White by one stroke. Sasser’s 72 in the final round was steady enough to finish one-over and win by two strokes.

A first-round 64 propelled St. George’s Hayden Christensen (a) to a two-stroke lead over close friend Caden Hamill (a) in the first round. but it was an eagle on the par-five 17th hole in the final round that proved just enough to win the whole thing. Christensen shot rounds of (-8) 64-70 to claim the 2019 title.