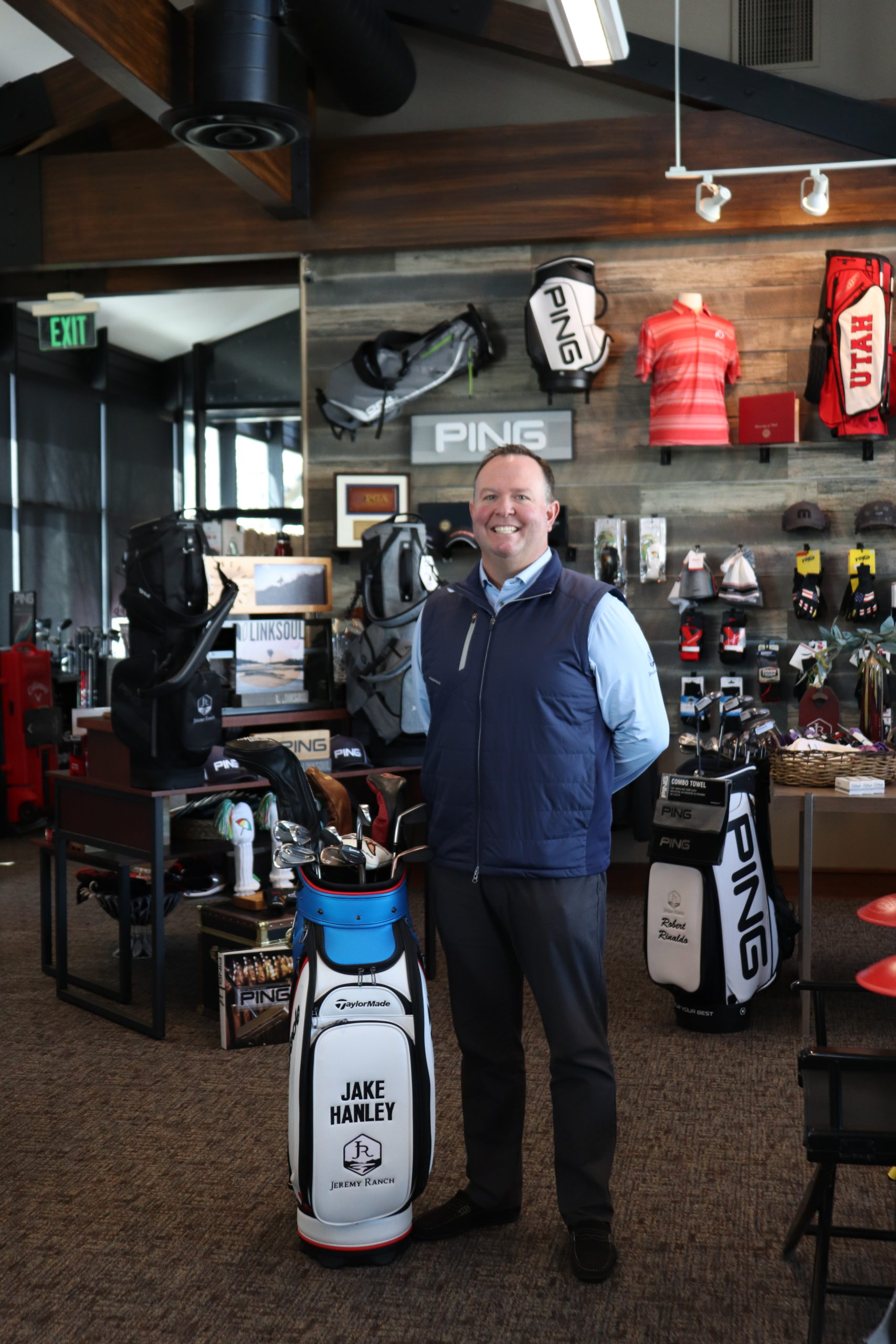 A certain degree of destiny must have been in play in Park City, where Jake Hanley grew up in a house formerly owned by Doug Vilven, the Utah Section PGA’s first Professional of the Year award winner in 1986.

He’s been a Jeremy Ranch fixture since 1996, having learned of a job opening that enabled him to follow through on his start in the golf industry. He rode his bicycle to Park Meadows Country Club to pick up range balls and clean carts in his high school days.

At Jeremy Ranch, he eagerly learned from former Pro Tom Costello. “To say that Tom Costello was my mentor would be an understatement,” Hanley said. “Cos gave me the opportunity to grow as a golf professional and as a person.”

Hanley can trace his development in the profession to specific strengths of other key influences. He learned about tournament operations from Carl Sarahs, merchandising from Marty Bauer, work ethic from Scott Flick and business relationships from Phil Deimling, a manufacturer’s representative.

Hanley was named the Section’s Assistant Professional of the Year in 2008 and the Merchandiser of the Year-Private in 2016.

In addition to this year’s recognition from his PGA peers, Hanley received appreciation from the Utah Golf Association in 2020 when Jeremy Ranch hosted the State Amateur.

“I cherish being a PGA Professional,” Hanley said, “and I thank everyone who has been on this ride with me. I look forward to growing professionally and being a part of golf in Utah for many years to come.”