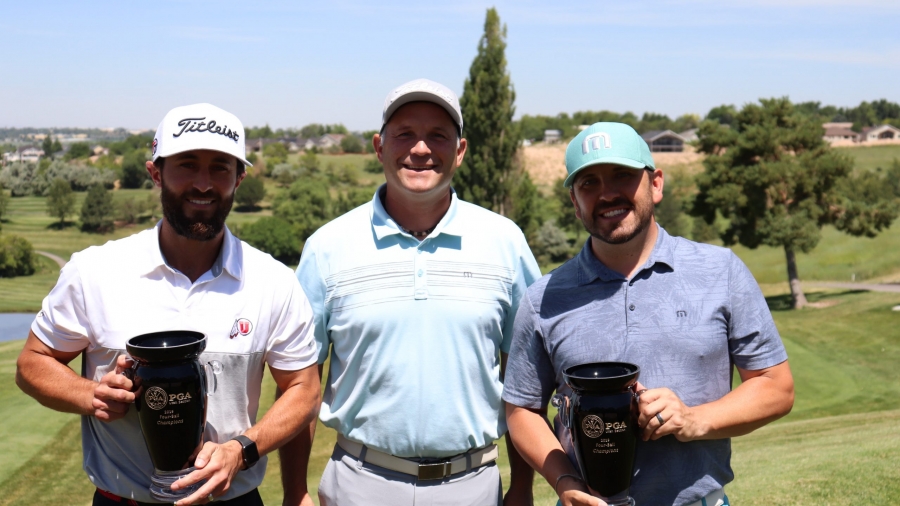 The weather-delayed Four-Ball Championship finally came to be this week as matches started Monday and concluded Wednesday.

Pimm and Gresh came into match play as the 4th seed. They established a little trend throughout the event as to the fashion they won each match. After a first-round bye, Pimm and Gresh defeated Team Maurer/Padilla 1 up, then faced Team Meyer/Roberts and won 5&4. They would go on to face Team Edwards/Johnson, 2018 runner-ups, and slipped by with a 1 up victory and finished it off with another 5&4 victory in the final match.

“You know, Monday we get here and we actually hit it really good we just couldn’t make enough putts, luckily we made it by Neil and Brock,” Pimm said. “Yesterday we finally got the putters going, which was good to see the ball go in the hole. Today it just all came together.”

Pimm and Gresh got off to a quick start by winning the first hole with a birdie and they never let go of that lead. They extended their lead to 3 up by the turn and quickly jumped to 4 up with a 35-foot birdie by Pimm on the par-four 10th. They sealed the deal with a birdie on the 14th hole to win.

“In a couple matches this week we got down early so we were fighting back and today we got up and kept making birdies,” said Pimm.

“It was good to get off to a good start for us,” Gresh added. “It was the first time we birdied number one this week, so to get that out of the way was good.”

The two were “due,” as Pimm explained. They played junior golf together and even played for the same University of Utah team.

“It’s awesome, especially for both of us,” Gresh said. “We haven’t played as much as we used to, we’ve both had surgeries. To come out and play against a great field and win this, it’s awesome.”

Pimm is nine-months removed from back surgery, where he thought there was a chance he’d never play golf again. Today, alongside Gresh’s stellar approach shots and consistency off the tee, you’d never expect either had recently recovered from surgeries as they combined for seven birdies in 14 holes and won in convincing fashion.

A big thank you to Utah Section PGA President Dustin Volk and his Valley View staff for hosting us and for Charley Carlson and our sponsors for making this event possible.