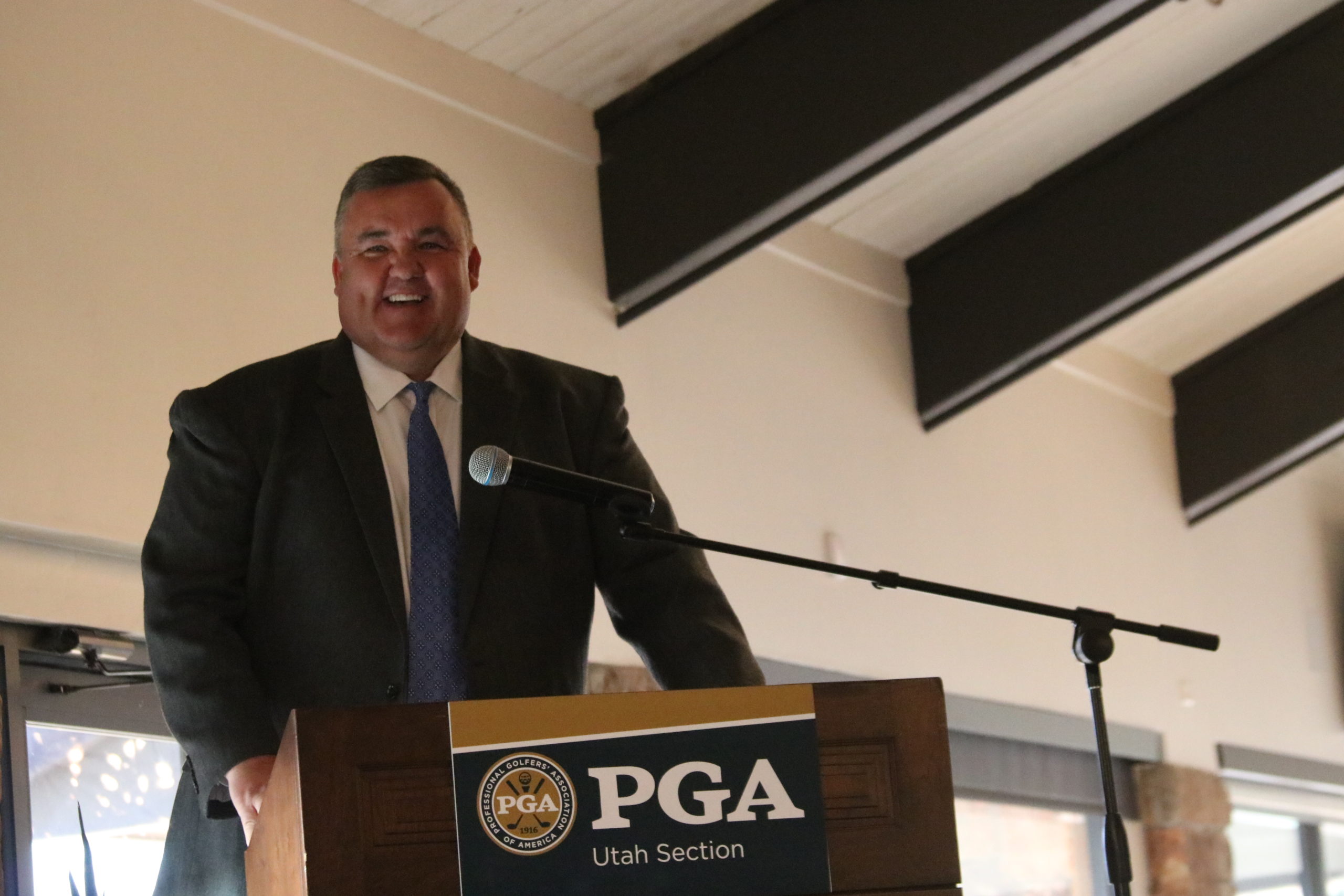 Mike Stanger’s passing at age 57 in August, as his two sons were playing in the first round of the Siegfried & Jensen Utah Open, undoubtedly was untimely.

As some consolation, though, the Utah Section PGA was able to honor Stanger that weekend at Riverside Country Club in Provo. That will happen again in February, when the Section’s professionals will play in the “EZ-GO Utah Winter Classic in Memory of Mike Stanger” in St. George.

As a Section member and longtime manufacturer’s representative, Stanger was a three-time winner of the Section’s Jon Unger Salesperson of the Year. He’s the second recipient of the Doug Vilven Distinguished Service Award.

“I don’t think Mike realized how many people that he touched and how many lives he affected in the golf world and in the world in general,” said Devin Dehlin, the Utah Section PGA’s executive director.

During the last two rounds of the Utah Open, Section pros wore ribbons on their caps in honor of Stanger and Dehlin recognized him during the presentations on the 18th green that Sunday.

Dehlin, a longtime friend of Stanger, was consoled “because we were able to do something for him immediately,” he said. “It made it special in a lot of ways.”

Among other contributions to Utah golf, Stanger had been instrumental in the Utah Open’s growth by arranging for pro-am gifts through the on-site Nike tent, during his affiliation with that company.