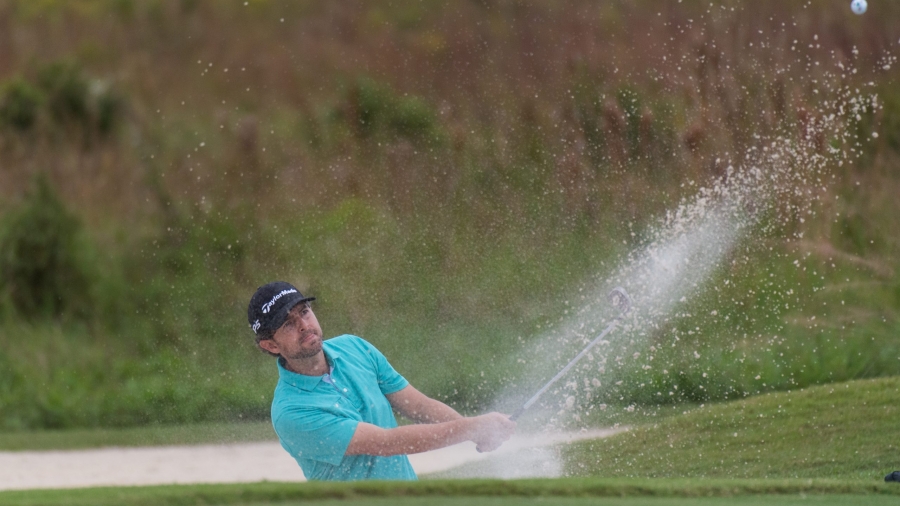 By Pat Kravitz, PGA of America

University of Minnesota Assistant Golf Coach Matt Rachey is alone in second place after posting a 4-under 68. PGA Golf Club is playing host to the 43rd edition of the national championship, which concludes Sunday.

Johnson, who began his round on the back nine of the Wanamaker Course, kicked off his day with a 30-foot birdie from the fringe on No. 10. He rattled off three more birdies on 12, 15 and 16 to reach 4-under through his first seven holes.

“The putt on 10 was a nice way to start the tournament,” said Johnson, a 36-year-old PGA Assistant Professional at Davis Park Golf Course in Fruit Heights, Utah. “With the weather and the wind, it wasn’t easy out there. Pars were a good score. Luckily, I drove it really well today.

“I haven’t been playing much. Yesterday, I played a practice round with some friends from Utah and really played like a dog. I spent some time working on things in the mirror last night. I came out and hit it pretty well, so it was encouraging to find something that works.”

Johnson added a fifth birdie on No. 8 and maintained a clean card by knocking in a 10-foot par putt on No. 9 (his 18th).

This week’s champion, if eligible, will earn a berth in the 2020 PGA Professional Championship, which is slated for April 26-29 at the Omni Barton Creek Resort & Spa in Austin, Texas. The winner will also receive $12,000 of the $150,000 purse. The top-four finishers, if eligible, will earn a berth in next year’s National Car Rental Assistant PGA Professional Championship, to be held November 12-15 at PGA Golf Club.

Photo by Hailey Garrett/PGA of America