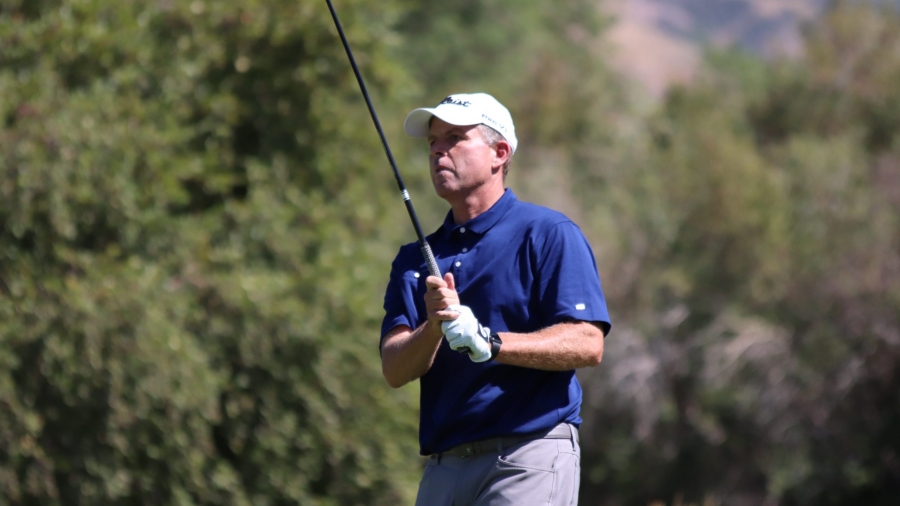 Ryan Rhees, head professional of The Oaks Golf Course in Spanish Fork, Utah, is now three-for-three in qualifying for the PGA Senior Professional Championship, this time he qualified with a win in the 2019 Utah PGA Senior Section Championship at Alpine Country Club August 26-27 in Alpine, Utah.

“Feels great,” Rhees said about the win. “It’s a big tournament for the seniors and we have a lot of good players in our Section, so anytime you get a win it feels great.”

Rhees claimed the lead after round one with a (-6) 66, three strokes in front of Bloomington Country Club’s Scott Brandt and four strokes ahead of Jimmy Blair.

All that was needed for Rhees in the final round to finish off the win was an even-par round. His three-stroke lead remained the same over Brandt, who shot even, and new senior Section member Mark Owen, who shot (-2) 70 to finished tied for second.

“I made some putts this week,” Rhees continued about his good play. “I probably made three or four putts over 15 or 20 feet.”

Rhees, Owen, Brandt and Blair, who shot a second-round 71, will all represent the Utah Section PGA in the 31st PGA Senior Professional Championship October 3-6 at the Fazio Foothills & Coore Crenshaw Courses at the Omni Barton Creek Resort & Spa in Austin Texas.

“Last year I played good enough to make the cut, but didn’t play good enough to get in the Senior PGA Championship,” he said. “There are a lot of good players so you’ve got to play really good to make it in that top 35.”

Rhees uses this qualifying opportunity as a goal every year, whether it was the PGA Professional championship or the Senior Professional Championship.

“It’s always something you try to shoot for,” Rhees continued. “Luckily I’ve played in seven or eight of the regular ones. It’s something to look forward to the end of the year if you’ve played good enough.” As for the rest of the season, Rhees plans to play in the Davis Park Open, the Section Championship in Wendover and then will head to Austin Texas in hopes to play well enough to earn a spot in the Senior PGA Championship.