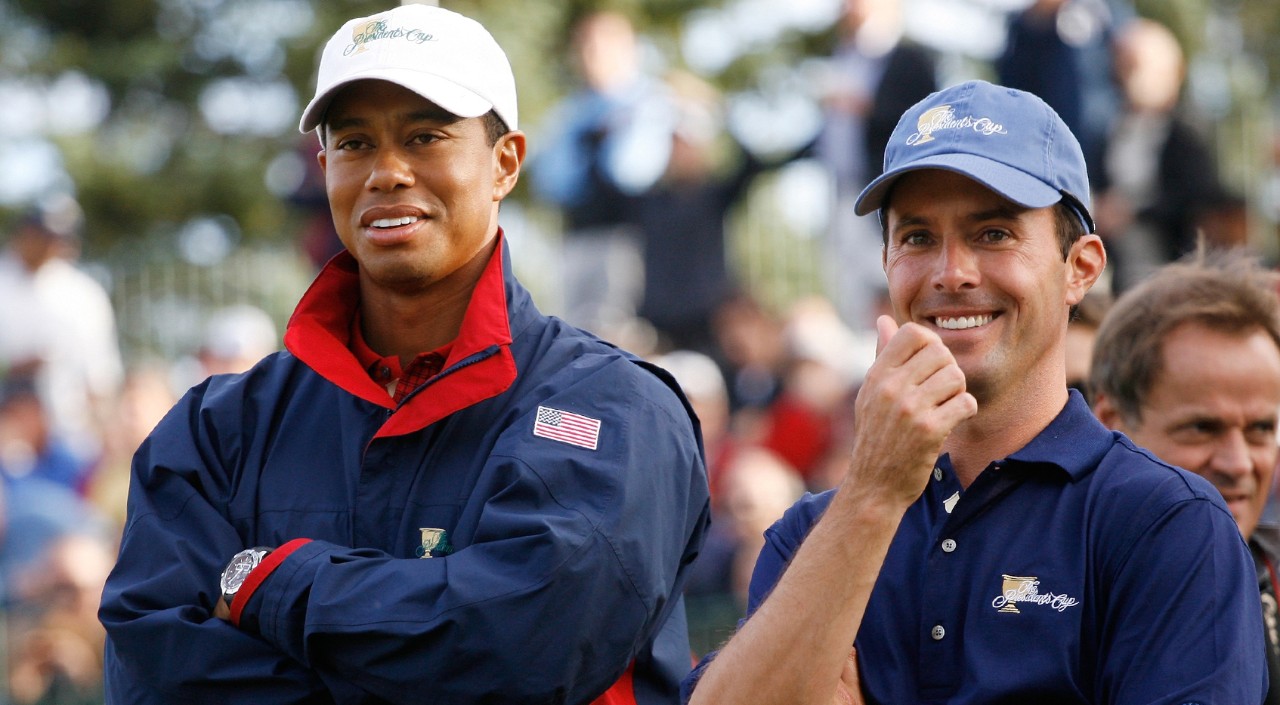 Presidents Cup and PGA TOUR officials announced this week, 2003 Masters champion Mike Weir has been named captain of the International Team for the 2024 Presidents Cup, to be contested at Royal Montreal Golf Club in Montreal, Quebec, Canada for the first time since 2007.

The President’s Cup’s return to Royal Montreal marks a career highlight for the BYU golf alum as the site of his individual win over Tiger Woods in the Singles matches on the final day of the 2007 event. Weir defeated Woods 1up after Woods just missed a chip-in on the final hole.

Weir said, “When I look back, I have so many incredible memories associated with this event whether it be my debut in 2000; winning my Singles match against Tiger in 2007 at Royal Montreal (photo above); witnessing Ernie create the shield in 2019; and then seeing Trevor carry that momentum in 2022. Now as I look with anticipation toward 2024, I couldn’t be more excited to lead the International Team into my home country of Canada for what will surely be the experience of a lifetime.”