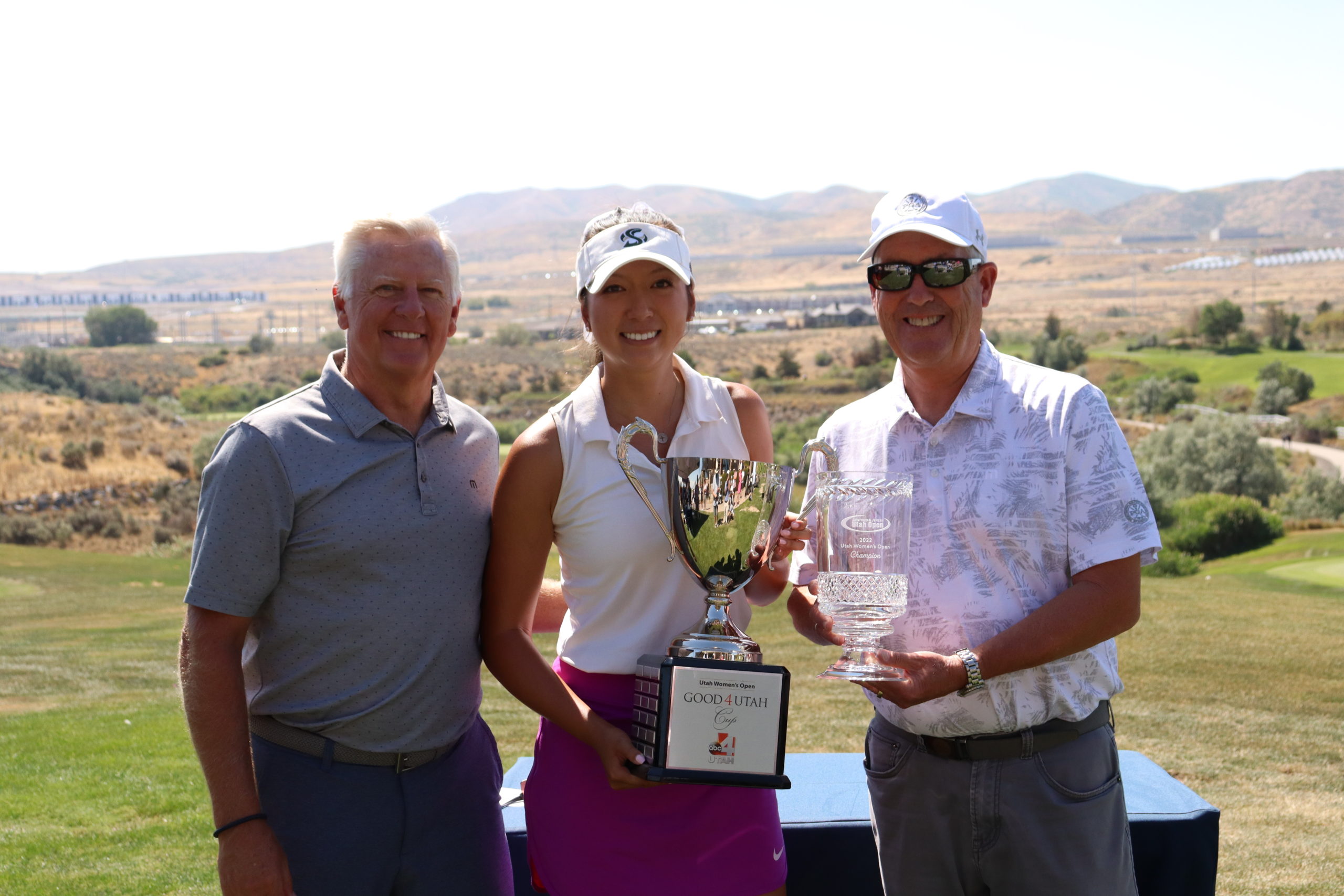 Her achievement, five seasons in the making, forever will be known as the Tess Slam in Utah women’s golf. Bingham High School graduate Tess Blair is convinced someone else will match her collection of victories, and that may be true.

This dramatically, though? Unlikely.

Blair’s 50-foot, downhill, wide-breaking birdie putt on the 18th hole gave her a stunning win Tuesday in the Siegfried & Jensen Utah Women’s Open presented by Fairways Media at Thanksgiving Point Golf Club. When the ball struck the flagstick (as the updated Rules of Golf allow) and settled into the hole, Blair covered her mouth in the classic expression of disbelief, then took two steps and hugged her father/caddie, Robert.

And that was before Blair even knew she had won the tournament. The Sacramento State golfer never likes to know where she stands, so the news that she had rescued a win that almost got away from her in disastrous fashion made the ending even more satisfying.

Blair’s one-stroke victory over Colorado pro Bryce Ray came after she lost a six-stroke lead on the back nine, with Ray playing two groups ahead of her. With a pair of 69s for a 6-under-par total, Blair became the first golfer to win three Utah Golf Association events (the Women’s State Am, Mary Lou Baker Open and Women’s Stroke Play Championship) and the Utah Women’s Open, launched by the Utah Section PGA in 2017.

After winning the Stroke Play title by one stroke over Fotu in July, Blair became aware of her historic opportunity. “I thought it would be good to check it off my list,” she said. “I didn’t know it would come so soon.”

Ray earned $1,500 as the low professional, finishing two shots ahead of defending champion Kerstin Fotu of BYU and Haley Sturgeon, an assistant pro at The Country Club of Salt Lake City in the field of 38 amateurs and 10 pros. Ray would have welcomed a playoff for the trophy, just to test herself.

As she played the back nine. Ray was concerned mostly about staying ahead of Sturgeon, while putting pressure on herself to finish well for the sake of preparing for the upcoming LPGA Tour Qualifying Tournament. The former Wichita State golfer birdied three of the last five holes to post a 67, while lipping out a birdie try on the par-3 No. 17.

That’s where Blair three-putted from the fringe for a bogey, after an errant drive had led to a double bogey on the par-5 No. 14. She remained positive at that point, saying, “I knew there were still some birdies out there.”

Blair’s drive sailed slightly right on the par-4 No. 18, leaving her on an upslope, 110 yards from the hole. Her wedge shot sailed to the upper tier of the green, making even a two-putt par challenging. She judged the speed and the line perfectly, though, as the ball trickled over the ridge and into the hole.

Blair earned an exemption into next week’s Siegfried & Jensen Utah Open at Riverside Country Club in Provo, where Fotu last summer became the first woman to make the 36-hole cut.