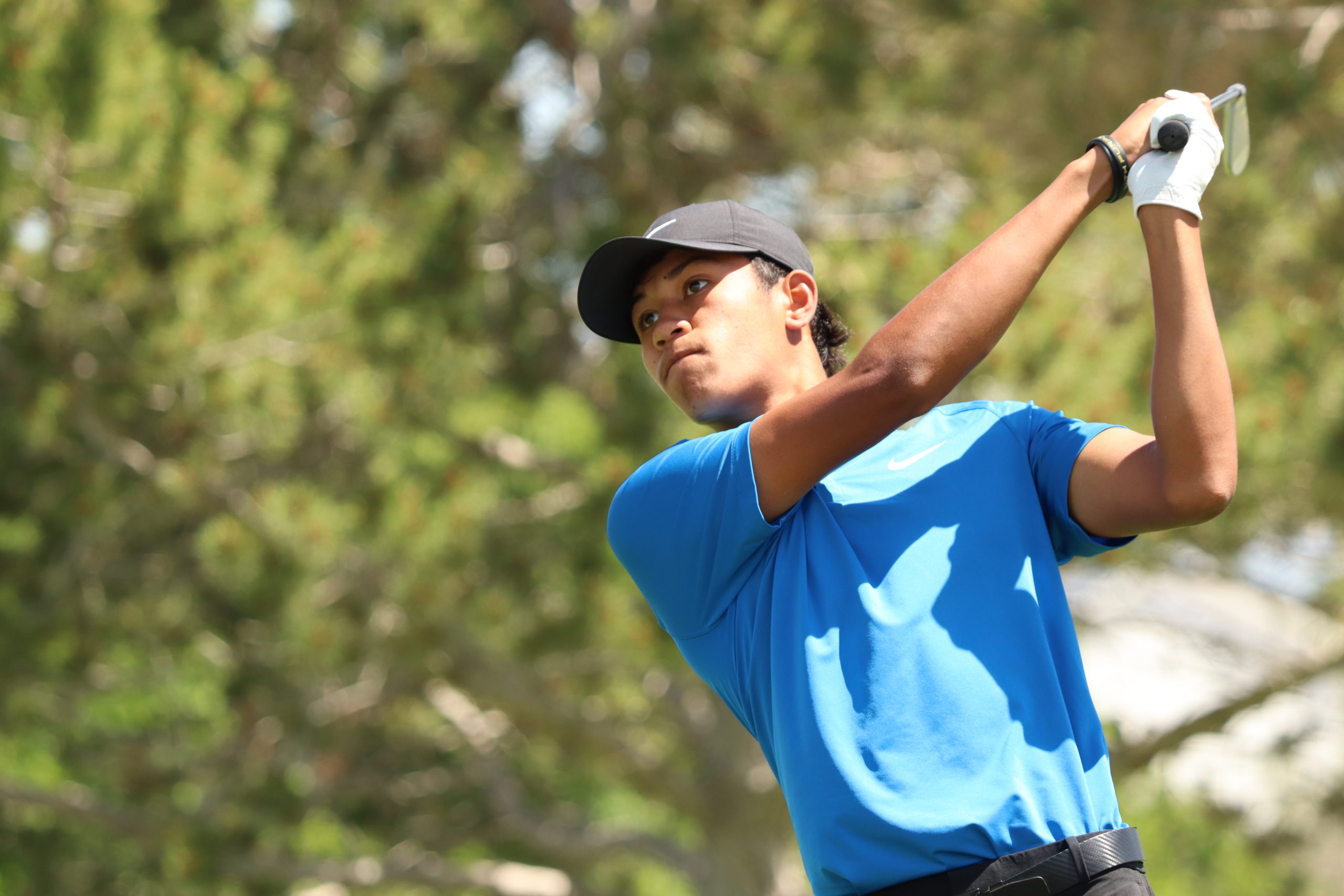 The 2022 Utah PGA Junior Series Major season is here, beginning with the Glenmoor Jr. Major played June 10-11 at Glenmoor Golf Club, where two Utah State Amateur exemptions and spots in the season-final Promontory Major were up for grabs.

The 36-hole championship was highlighted by the two available exemptions into the 2022 Utah State Amateur, the longest continuously-running golf championship in the world. The exemptions were available for the boys 15-18 divisions.

“I kept the ball in play, hit my wedges good, made a lot of putts and had no bogies today,” Ofahengaue said. “I can’t wait for the State Am. That’s a big tournament and I’m looking forward to it.”

Murray’s Peter Kim made a final-round charge with a (-5) 67, leaving him at 7-under for the event to finish runner-up and claim the second spot into the State Am.

“I hit a lot of fairways and gave myself a lot of looks for birdies today,” Kim said. “I haven’t played the State Am, this will be my first time so I’m pretty excited about that.”

Rounding out the boy’s division champions, St. George’s Boston Bracken went (-6) 70-68 to win the boys 15-16 division, two-shots clear of runner-up Noah Moody (-2). There was a three-way tie for third between Will Blanchard, Jackson Shelley and Lincoln Markham at 1-under. All five qualified for the Promontory Major Championship.

Matching the low round of the tournament, Jaxon Erickson shot a final round (-7) 65 to win the boys 13-14 division at 7-under, shooting even the first day. Tyse Boman (E) finished 2nd and Mo LeCheminant (+2) finished 3rd.

Erickson, Boman and LeCheminant were all members of the 2021 PGA Jr. League Thanksgiving Point championship team.

Rounding out the Promontory qualifiers for the Boys 13-14 division is Thomas Seaquist and Ian Miyasaki.

It was a come-from-behind victory for Pati Uluave (+8) in the girls 17-18 division, earning the championship by one-stroke over Millie Terrion (+9). A steady streak of three birdies on the front and a run of six pars on the back seemed to do the trick for Uluave.

Natalie Mclane, Stratton Durrant and Remi Rawlings fill out the top five and earn a spot in the season-ending championship.

Thank you to all who played and especially to Glenmoor Head Professional Darci Olsen for hosting our first Major of the season. The course was in near-perfect conditions thanks to Superintendent Joey Olsen and his staff.