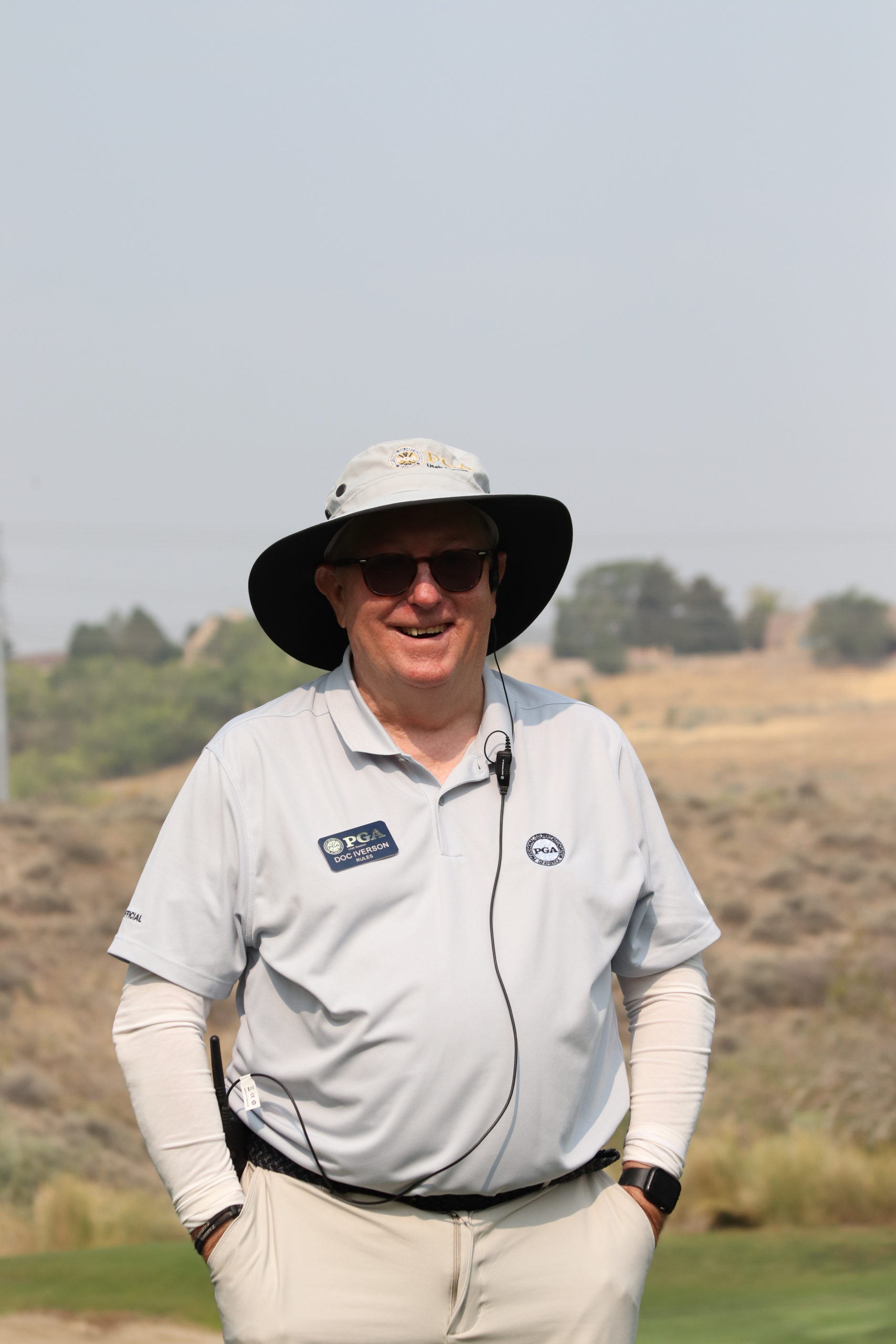 And there’s much more lasting significance. The Publinks at Soldier Hollow Golf Course served as Eric “Doc” Iverson’s introduction to volunteer opportunities in golf. Now immersed in the game as a rules official, Iverson is the 2021 winner of the Utah Section PGA’s Wesley Ruff Golf Citizen of the Year award.

It all started when Iverson noticed a call for Publinks volunteers in Fairways magazine. After retiring as a high school principal in his native California, he had moved to Orem, where his mother and sister lived.

His primary role during the tournament was as a shuttle driver, taking golfers from the hotel to the course. “It was good fun,” he said. “That’s what got me hooked on the golf thing.”

“Hooked” means Iverson spends 50-plus days on the golf course as a rules official from March through September in a role he relishes. He’s “amazed how appreciative the players are of you being out there … from high school all the way up to the professional level.”

Iverson added, “Golf is a fraternity of people, men and women. It’s not that way in a lot of sports. You meet lifelong friends in the game.”

Now, about that nickname. It turns out that the former principal and current rules official skirted a requirement as a high school cross country runner, signing a doctor’s name on the form for a physical exam. His coach played along, calling him “Doc” in what became a permanent moniker.