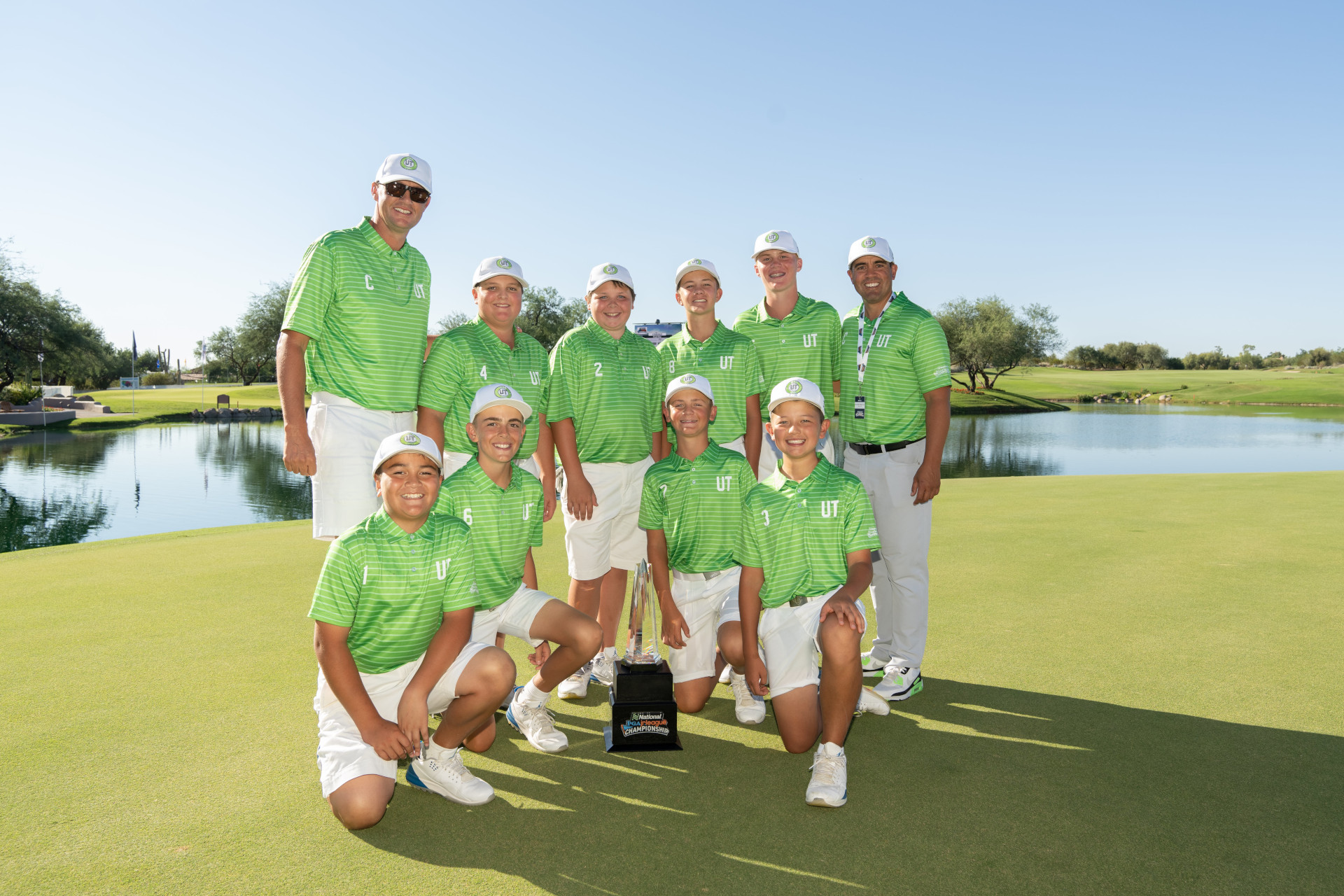 By Anthony Witrado, PGA of America

Ryder Huish stood over his ball in the 18th fairway, half of his Team Utah (Lehi) teammates waiting for him near the green with the 2021 National Car Rental PGA Jr. League Championship waiting to be secured.

Adding to the pressure, Huish’s teammate’s ball had found the water near the green seconds before. So Huish grabbed his 5-iron from 180 yards, landed the ball on the front of the green and watched it roll out … and roll out … and roll out, until it came to rest inside 10 feet from the hole, putting Huish and teammate Austin Shelley, 13, from Salt Lake City – and their six other teammates – in position to lock down the title.

After two-putting the par 5 for birdie minutes later, the Championship belonged to the team from Utah with a 7.5-4.5 win over Team Connecticut (Torrington) at Grayhawk Golf Club on Sunday afternoon, which aired live on ESPN2.

Photo courtesy of the PGA Of America