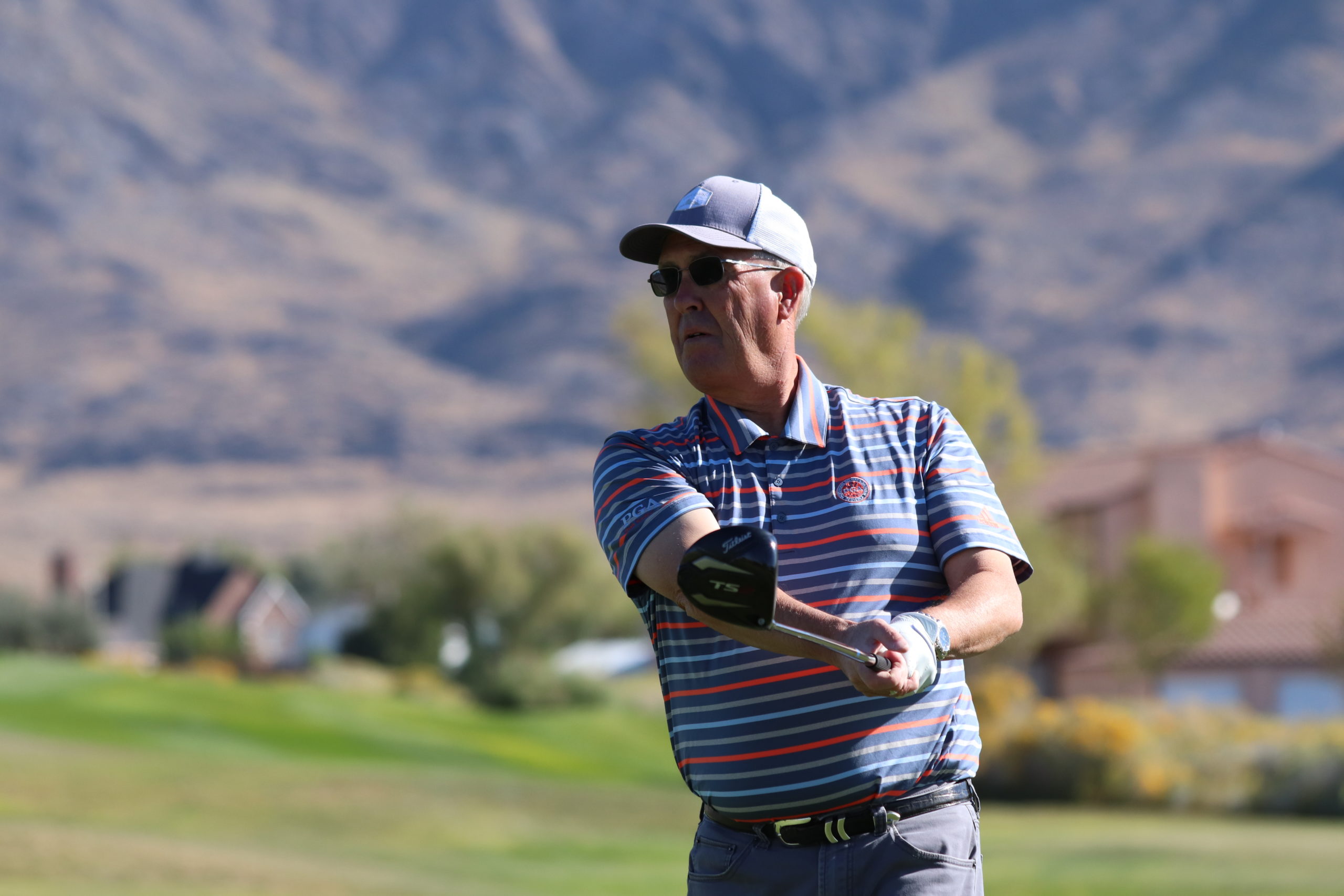 The subject is slightly awkward. Imagine asking someone how they became a nice person.

The question is not all that silly, though. The way anyone treats other people is a modeled behavior, and that’s the case with Bountiful Ridge Golf Course Head Pro Kent McComb, who’s a product of some great examples in the golf profession.

True to his nature, McComb mentions a lot of them as a starting point, and then he keeps adding to the list. Robert McArthur, a mentor for 10 years as the former head professional at Riverside Country Club, is high on the list – not that he’ll take any credit for McComb’s personality.

“He’s probably the most loyal friend a guy can have,” McArthur said. “He genuinely cares about people. He treats everybody as if you’re his best friend; he’s that kind of guy.”

“Robert and Whitt are truly two of the greatest golf professionals I know,” he says. “More important they are even better people and friends. Their examples of professionalism is something I will always cherish. Scott has also been a great mentor and an example in my life.”

McComb says the best example is right in his own home: his wife, Jenilee. Before her, it was his parents, followed by a long list of other key influences, such as former Bountiful City Manager Tom Hardy and former Riverside General Manager Parley Peterson. Within the Utah Section PGA, he credits Robert and Reed McArthur, Jeff Jerman, Steve Wathen and the late Jeff Smith – and he’ll probably spend the rest of the year worrying about people he failed to mention.

That’s what makes McComb who he is, and that’s why he’s deserving of an award that honors Jeff Beaudry, whose kindness is among the traits that made him a member of the Utah Golf Hall of Fame.