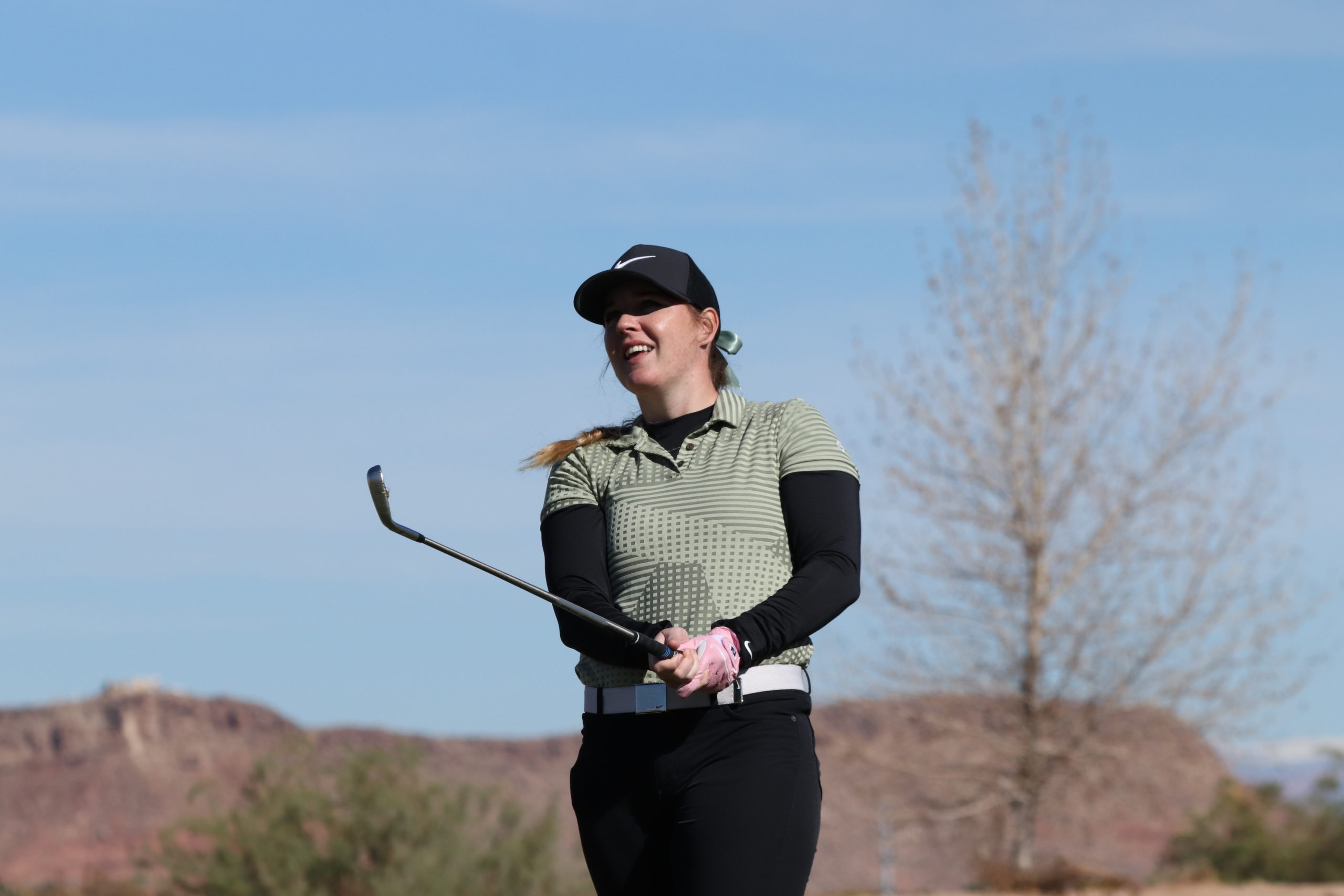 Like a lot of aspiring professionals, Haley Surgeon wakes up every morning with a dual purpose of trying to improve her golf game and rise in the business. She’s thriving in both ways.

The former Haley Dunn, a graduate of Layton High School and Dixie State, is playing and progressing well. She works at The Country Club of Salt Lake City and plays as much as possible, describing competition as “my release from all the madness” of a year framed by COVID-19 complications.

Playing in seven qualifying tournaments, Sturgeon finished the Omega Player of the Year quest with 4,175 points to 2,475 for Carly Dehlin-Hirsch, who competed in five tournaments.

Sturgeon finished no lower than a tie for third place among women’s Section members in her seven events, while tying for sixth place overall in the Siegfried & Jensen Utah Women’s Open. She shot 66-73 top win the RMT/EZGO Winter Classic and posted a 67 to win the Brigham City Open, in addition to titles in the Valley View Open and the Salt Lake City Open.

Reviewing the season, Sturgeon said, “I felt my golf game has been the best it has ever been. I felt so confident going into tournaments that I was not only going to win the women’s division but I was going to beat the men too.”

Sturgeon plans to play the Cactus Tour in Arizona for a few months in the winter and keep advancing in the PGA Professional Management Program, hoping to complete Level 2 in 2021.