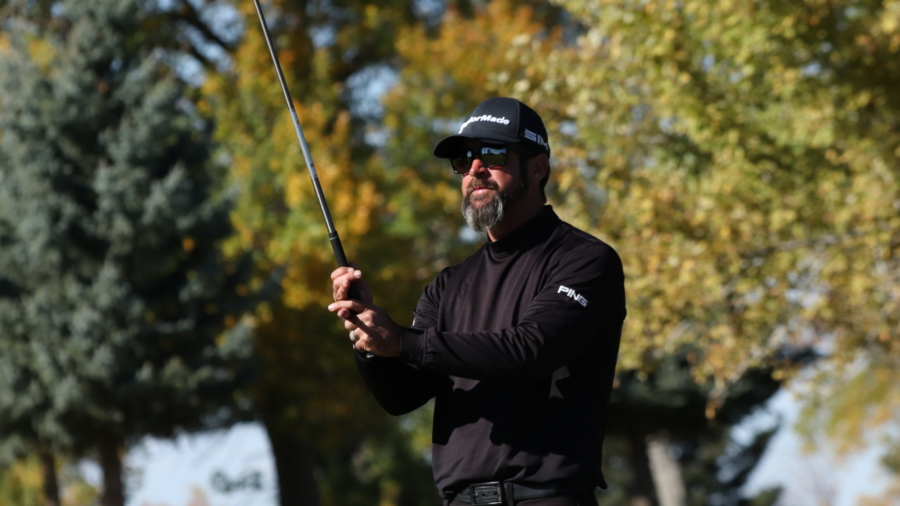 At age 49, Joe Summerhays produced one of the most dominant golf seasons in the recent history of the Utah Section PGA.

Highlighted by a victory in the Section Championship, Summerhays’ season was marked by his remarkable consistency. He never finished below a tie for 11th place in 12 counting tournaments, and that only begins to tell the story of his year. Summerhays posted 6,575 points to 4,550 for runner-up Casey Fowles and 4,260 for Chris Moody in the Omega Player of the Year competition.

In addition to the Section Championship, Summerhays won the RMT/EZGO Winter Classic in February, the Millard County Open in June, the Brigham City Open (tied) in July and the Salt Lake City Open in August. He also tied for second among Section pros in the Siegfried & Jensen Utah Open.

Summerhays is a teaching pro at Eagle Lake Golf Course in Roy and Oakridge Country Club in Farmington. Amid his real life of working and being a father of five, he’s playing the best golf of his life.

“I’m working a little harder of it,” Summerhays told Mike Sorensen of Fairways magazine. “As you get older, you know it’s going to end at some point, so I keep in good shape. My body’s holding up pretty good. I’m teaching a whole bunch so I don’t get to play much, but I’ve been able to focus a little more and I’ve just been hitting the ball really well this year.”

Summerhays’ success as he approaches his 50th birthday inevitably leads to the question of whether he would follow the example of his father, Bruce, and attempt to qualify for PGA Tour Champions as a club pro. “You’ve got to try it, right?” he said.

That opportunity will come in the fall of 2021. Meanwhile, he closed this calendar year by winning another title in the Southern Utah Open, after the 2020 points were in the books.

CLICK HERE for the 2020 Omega Player of the Year Points results.