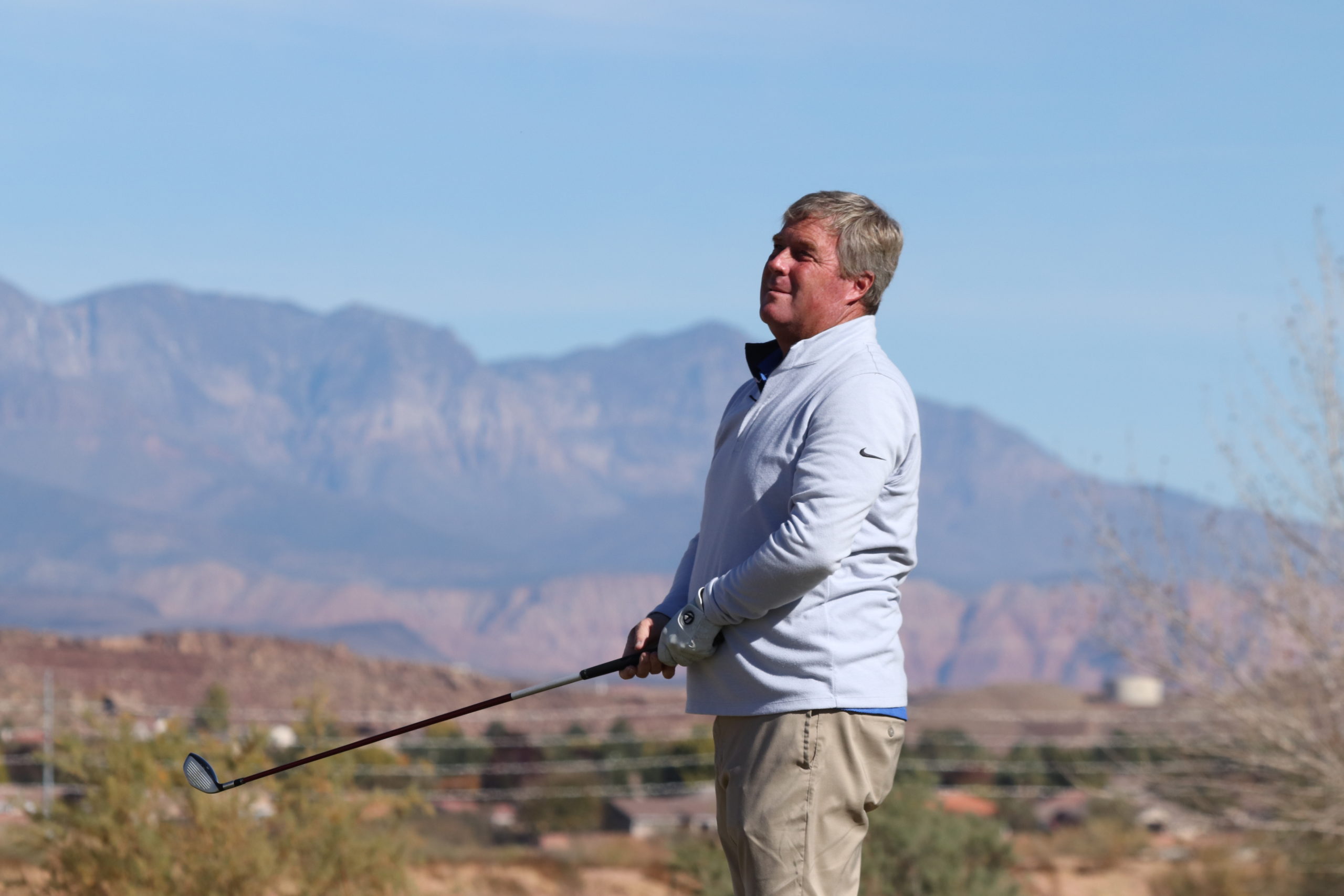 “Well it was the first time for me, so it feels great,” Owen said about competing in his first Utah PGA Senior Match Play Championship. “The match was incredible. Scott never does anything wrong, we both played well. it just came down to one putt on the last hole, really. I won 1 up after a grudge match all day.

“I was 1 up on 18 and he had a chance to tie it, he had a birdie putt that lipped out and my par ended up being good enough for the win.”

Owen started as the four seed and defeated Jeff Green 4 & 3, Tom Costello in 19 holes, Todd Meyer 1 up and then Troy Watkins in the semifinals 5 & 4.

Brandt reached the finals as the third seed and won matches against Doug Roberts, Charlie Taylor, Henry White and then Ryan Rhees in the semifinals.