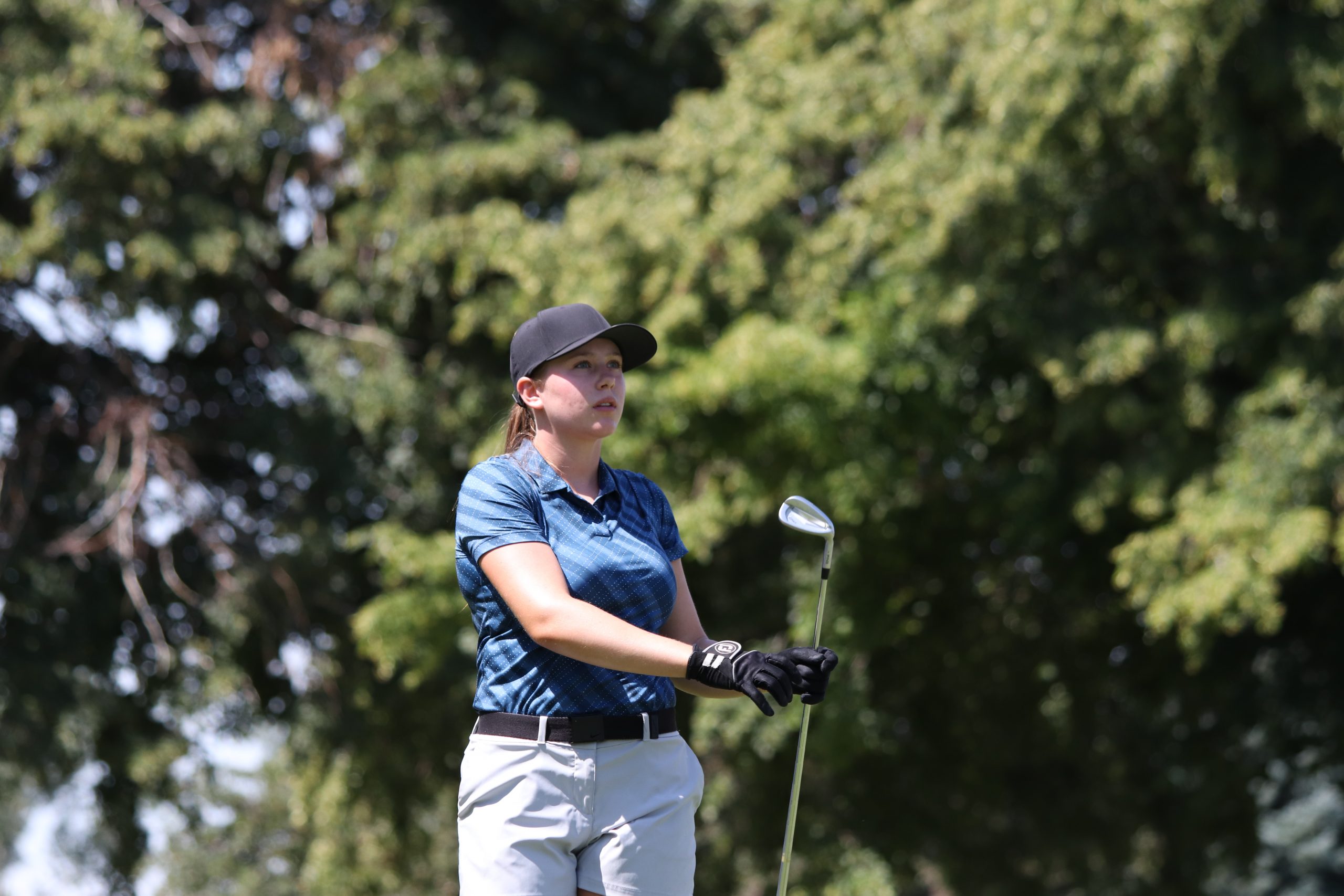 The 36-hole Davis Valley View Major, the second of four Major tournaments in the Utah PGA Junior Series summer season, produced a shot at 59, a birthday celebration and several exemptions into the season-ending Promontory Major Championship.

It was U.S. Junior Amateur champion and two-time Utah State Amateur champion Preston Summerhays who stole the show in the first round at Davis Park Golf Course on July 8th with five birdies on the front nine and two eagles and a birdie on the back for a (-10) 61.

If that wasn’t enough of a story for day one, Preston drove the 18th green and had a lengthy putt for a 59, his second chance at that number in competition.

“You can go out and want to be aggressive and shoot low but still, 59s are so hard to do,” Preston said. “But it got in my head once I eagled 13 at Davis to get to nine under. I just needed to birdie three of the last five.

“I had a round maybe a month ago at Lakeside, I think I was eight-under through 12 and then it got too dark so we couldn’t finish. Besides that, just the round at Soldier Hollow at the U.S. Am Qualifier where I shot 60.”

Though a rare three putt on the 18th prevented a historic number, he held a four-stroke lead over Glenmoor Major champion Tyson Shelley and Parker Reese going into the final round.

It was Shelley in the final round on July 9th at Valley View Golf Course that made a charge with a 31 on the front nine, including an eagle on the par-four sixth hole. He had caught Summerhays through the 13th hole then had a chance on 18 to force a playoff, but his six-foot birdie putt slid by.

Though Preston may have stolen the show with a first-round 61, Grace Summerhays, who celebrated her 16th birthday with her first Utah PGA Junior Series Major victory, finished tied with her elder brother at 14-under to win the Girls 17-18 division.

Grace continued her strong play with a (-6) 66 at Valley View to finish at 14-under and win her first Utah PGA Junior Series Major. Galea’i finished runner up at (-7) 67-69 and Glenmoor Major winner Claire Whisenant, who leads the girl’s Major Point List, finished third at (-4) 71-68.

Jackson Shelley, the 13-year old younger brother of Tyson, decided to play up an age division and for good reason.

With a first round 68 at Davis he held a two-stroke lead over Tanner Telford and kept his momentum going into the final round with a (-1) 71 to finish four-under overall and win the Boys 15-16 division by two strokes.

“It feels good to get the win,” he said. “I was hitting my driver well and I was putting good.”

In the Glenmoor Major, Jackson missed out on an exemption into the Promontory Major by one stroke, finishing sixth, but with a win, he’s not only in the field at Promontory but will more than likely be in the hunt as well.

Henderson Nevada’s Ali Mulhall, who is a frequent competitor in the Utah PGA Junior Series summer season, was two-strokes behind first-round leader Millie Terrion with a (-2) 69 at Davis and proceeded to shoot another 69 at Valley View to win the Girls 15-16 division at five-under.

Arden Louchheim finished runner up at (-3) 70-70 and Terrion finished third at one-under total.

“My putting was good today,” Mulhall said. “I made a lot of good putts. It was fun playing with Millie and Arden.”

Rounding out the Boys divisions was Kihei Akina, the Boys 13-14 division champion by one stroke over Sean Lampropoulos.

After round one Akina was tied at the top with Elliot Bond with matching 68s. Valley View proved to be a tougher test as Akina finished the event with a final-round 74, just enough for the win and a spot into Promontory.

“I love that course,” he said about Promontory. “I played it last year and it was really fun.”

Aadyn Long punched her ticket into the season-ending championship with a win in the Girls 13-14 division. With a steady (+4) 73-74, she finished 12-strokes clear of second place.

“My driver was the best part. I barely missed the fairway,” she explained.

The final qualifying major will be the Utah County Rumble played July 13-14 at The Oaks at Spanish Fork and the Promontory Major Championship will follow on July 27th.

We owe a big thank you to Davis Park Head Professional Brad Stone and Valley View Head Professional and Utah Section PGA President Dustin Volk for providing their golf courses to the Utah PGA Junior Series and all the support they provide to junior golf in the state.