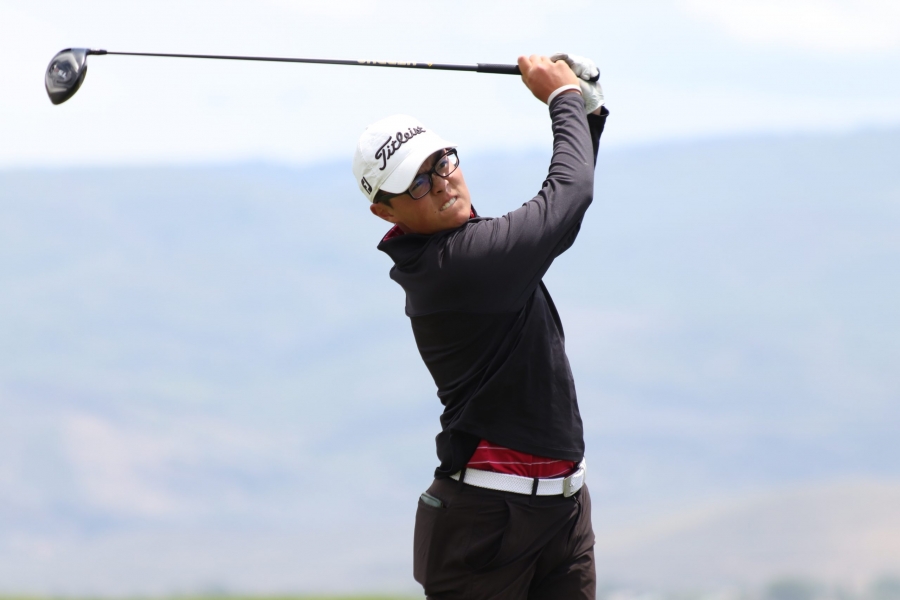 Simon Kwon took command in the final round with a (-4) 68 round on a morning that saw 30-40 mph wind gusts. His four-under round was the low of the day, four-strokes better than first-round leader Tyson Shelley’s even-par round.

Kwon finished the event (-7) 69-68 for a two-stroke victory over Shelley to earn an exemption into the Utah Open played in August at Riverside Country Club in Provo.

“It’s going to be awesome to be able to play there and compete,” Kwon said of his Utah Open entry. “This will be my first time, it was definitely a goal to qualify for some tournaments like this.

“I just didn’t really put myself in bad spots today,” he said of his final round. “I really didn’t have to worry too much about making a putt for par, I just made sure I was on the green and didn’t leave myself more than a tap-in for par.”

Kwon will be a senior in high school next year and with the majority of national junior events cancelled in 2020, he has his sight set on the Utah Open and Utah State Amateur.

Lila Galea’i shot a (-1) 71 in the first round to take the early lead and she never gave it up with a final-round (-2) 70 – which earned her an exemption into the 2020 Utah Women’s Open at Thanksgiving Point in August.

Her three-under total provided a five-stroke victory over second-place finishers Berlin Long and Sunbin Seo, who both shot matching 75-71 scores of two-over.

“Feels good to get an exemption in the Utah Women’s Open,” Galea’i said. “Soldier Hollow is always a tough course to play but the way I played today I think it was good. I’m excited to have an exemption and to play.”

“It definitely gives me home course advantage playing at Thanksgiving Point. I know the course like the back of my hand. I just need to make sure I play the best that I can and I think I’ll be good.”

In the Girls 13-15 division there was a three-way tie after round one between Aadyn Long, Katelin Bingham and Patiola Uluave, all coming in at 81.

In the final round, it was Long who stole the show with a final round 77, finishing at 14-over for the event and a five-stroke victory.

Zak Richins of the Boys 13-15 division held the first-round lead at even par and never looked back, winning the event with a final round (-1) 71, finishing three strokes ahead of Dustin Miller and Gavin Dosch at two-over.

Thank you to everyone who participated in this year’s Utah Junior PGA Championship and a big thank you to Soldier Hollow Head Professional Chris Newson and his staff for hosting our championship yet again.