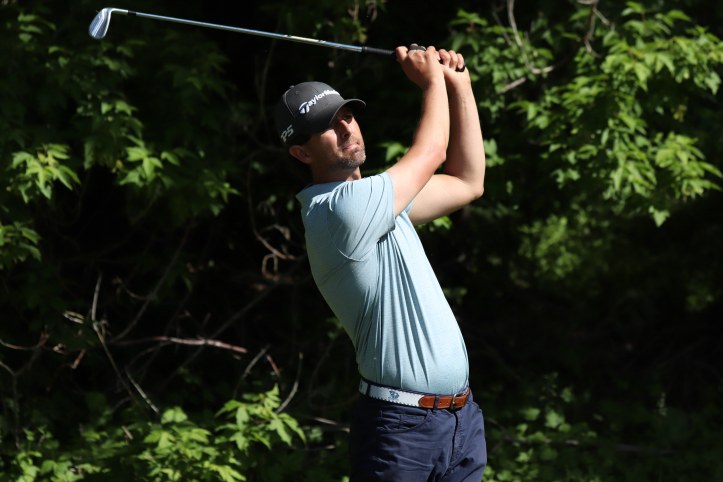 Davis Park Assistant Professional Zach Johnson got off to a quick start in round one at Hidden Valley Country Club with birdies on the first two holes. He would finish day one with a (-5) 67 and a three-stroke lead over Ryan Colemere and Travis Gilbert.

Johnson, the defending Omega Player of the Year and current leader in the points race, extended his three-stroke lead to seven with a final round (-3) 69 at Bonneville Golf Course to take the top spot on the leaderboard and qualify to play in Port St. Lucie.

“I played good, only made two bogeys,” Johnson said. “I didn’t make any mistakes, which was key; I played slow and steady and made a few birdies.

“It’s always a fun one to go back and play,” he added about the National Assistant Championship. “It’s always nice to have a tournament to look forward to in November, it’s a fun event. I look forward to going back. Hopefully I play good out there this year, I’ve had a couple of top-ten finishes but I would like to follow in (Chris) Moody’s footsteps and get a win out there.”

For the second year in-a-row an associate member of the Utah Section PGA claimed the second qualifying spot, and for the first time in Utah Section PGA history, a women member will be representing Utah in Port St. Lucie at the Wanamaker Course for the Assistant Championship.

“Probably what’s between my ears,” Palmer said about what was working well in her game. “I had a lot of up-and-downs, it was just a grind to stay focused and try to stay positive. I think I did that really well.”

Palmer started the event with a (-1) 71 at Hidden Valley, and rounded out the tournament with an even-par 72 at Bonneville, which included a hole-out eagle from the 10th fairway.

“I’m honestly kind of speechless,” Palmer added about qualifying. “I honestly thought I had a good chance doing it but I didn’t expect to accomplish this my first year, especially as a girl playing with all the guys it just makes it that much better. I’m really excited to go learn and compete with these guys in Florida and see how I can do.”

Utah will be well-represented this year at the National Assistant PGA Championship. We look forward to cheering on Johnson and Palmer as they compete this November.

A big thank you to Hidden Valley Country Club and Bonneville Golf Course for playing host to this year’s Championship and for National Car Rental for providing this championship every year.